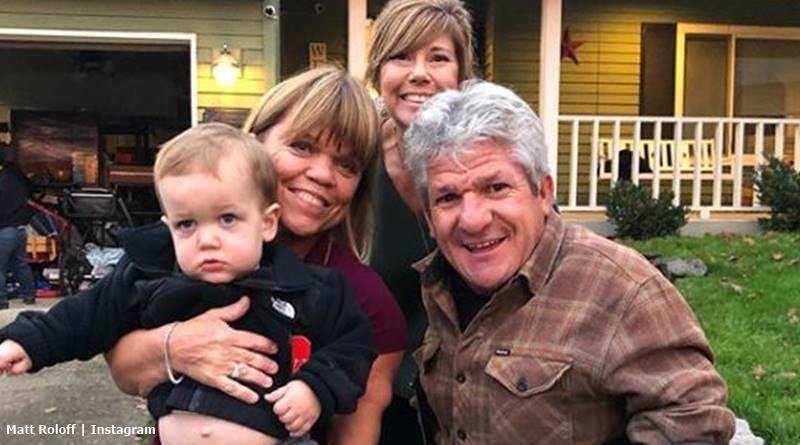 If you are concerned the drama on Little People, Big World (LPBW) is fake… You are not alone. This is something fans of reality TV pretty regularly feel. Here’s everything we know about whether the drama on LPBW is fake.

Fans are currently enjoying Season 20 of Little People, Big World. And, they are DYING to know more about the drama between Matt and Amy Roloff. During Season 19, fans of the reality TV series watched Amy Roloff make a huge decision. She decided to leave the Roloff Farms. During Season 20, fans see Amy with her fiancé Chris Marek. They are currently looking for a home of their very own.

Unsurprisingly, there is a wealth of drama swirling this Season. Amy isn’t a fan of Matt’s girlfriend Caryn Chandler. Moreover, Matt and Amy can’t seem to agree about what to do with the Roloff Farms.

Fans of LPBW have watched a lot of DRAMA unfold among the Roloff family. They, however, can’t help but wonder if some of the drama is fake. Do they purposely stir the pot for views? Is the Roloff family really as dramatic as they make it seem on television?

Matt Roloff may have recently spilled the beans on how real the drama of the show actually is.

Their son Jacob Roloff previously exited the show after calling it fake.

Reality TV has always gotten heavy criticism. Criticism for being fake. It, however, is that intense drama that people tune in to watch. After all, would you tune in to watch the life of a family with no internal drama? Still, fans of LPBW hope that some of what they see on television is real. And, they can’t help but question just how much of it is faked.

Matt and Amy’s youngest son Jacob isn’t a fan of the show. He strongly dislikes the way the show displays his family. He believes there’s way too much fake drama on LPBW. And, he doesn’t like it.

In fact, Jacob dislikes the show so much that he left it. He noted that he wasn’t interested in returning to the show either. He took to his Instagram account to explain why he was so against the show. According to Jacob, the show displayed a version of his family he didn’t even recognize.

For the sake of ‘the episode’ and ratings I’ve seen a lot of STORYLINES drawn up (loosely) about our lives, and when I was standing here, behind the scenes and watching it from an outside perspective I just couldn’t stop laughing…Laughing at how hard the producers have to try to get us to follow the talking points, and at how ridiculous the talking points are.”

Amy denies the show being fake.

While her son is very against the show… Amy is not. She insists she’s always been real and honest on television. There will always be some level of dramatization on the show. Amy, however, insists her feelings are real.

Speaking to Us Weekly, Amy revealed why she believed the show was so successful. Contradicting her son… She believes the show does so well because of how real and raw she and Matt keep things.

Amy is also quick to clap back at anyone who criticizes the show for being scripted. She insists she’s real and honest.

Matt insists he and Amy create fake drama for views on LPBW.

According to InTouch Weekly, Matt Roloff recently contradicted what Amy had to say. During a recently Instagram Live Matt reveals there is plenty of fake drama on LPBW.

When Amy and I argued about whether it’s a neck or a flag lot, we were just trying to make television. We know that those are the kinds of arguments back-and-forth that create interest and people like to hear.”

Matt added that he truly isn’t a dramatic person in real life. In fact, he only entertains being dramatic when he’s getting paid to do so.

So, when we’re doing the show, we create drama. And Amy does, too. We’re both doing the same thing.”

Fans are currently waiting to see if Amy Roloff will chime in on what Matt has had to say about how real or fake LPBW is. This information, however, is unlikely to stop people from watching the show.

Woohoo! New episode @tlc Little people BIG World, Tuesday. It’s exciting. The story of when ♥️ Chris proposes to me 💍. Woohoo 😊. And more about Zach Tori Jackson, soon to be baby Lilah and Matt and Caryn. I hope you’ll be watching and have fun while we continue to do ‘staying in’. Thank you so much everyone. ♥️. #tlc #littlepeoplebigworld #storyofamyrandchrism #gotengaged💍 #lifestories #thankful #loyalfans #oldandnew

Are you surprised to know LPBW stars Amy and Matt fake drama for views? Let us know in the comments down below!