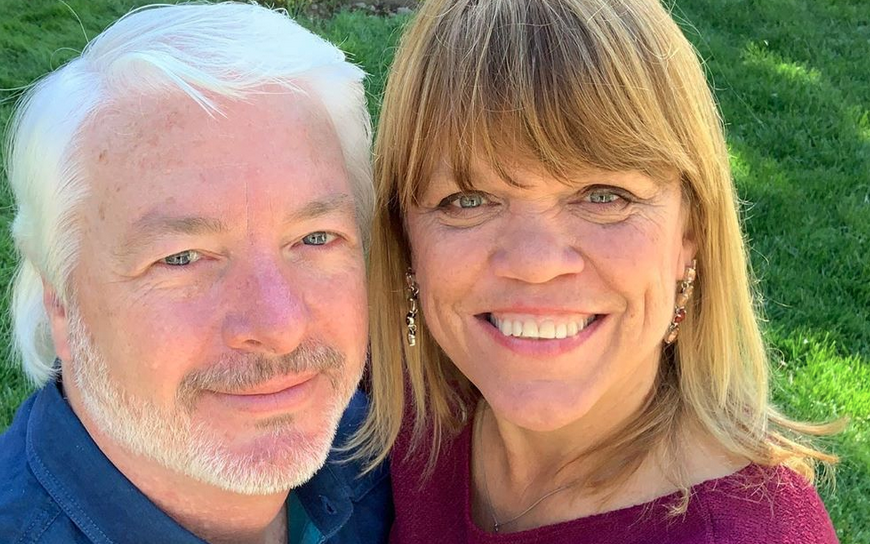 Little People, Big World fans saw Chris Marek’s proposal to Amy Roloff on the show on Tuesday, April 21. Now, LPBW fans are looking forward to seeing Chris and Amy’s wedding. Amy is happy about the engagement. She and Chris are planning on getting married in 2021. Amy’s son Zach Roloff seems to be a fan of Chris. And, of course, fans of the TLC show love how happy Chris is making Amy.

The LPBW matriarch says that Chris getting her dad’s blessing is important to her. Fans agree that this is really sweet, and they appreciate Chris’s gesture.

The couple got engaged in 2019. But, due to production times, the proposal was only featured on the show recently. Fans who follow Amy on social media knew she got engaged. Until the episode aired, fans didn’t know all the details of the proposal. Now, they love Chris even more and they’re getting excited about the couple’s wedding.

In a preview of the LPBW episode, Chris says, “The last three years with Amy have been wonderful and I see a future with Amy but as far as how the actual proposal will go, I still don’t have it quite figured out — exactly what I’m gonna say and how I’m gonna do and it how its all gonna play out.” He ended up proposing during the couple’s anniversary dinner.

While he seems excited during the episode, Chris isn’t so sure about the proposal on LPBW.

Chris talked to Us Weekly about the whole thing. He reveals to the outlet that he wishes the proposal wasn’t filmed for the show. He says, “After it was over, I really regretted that the cameras were there because I didn’t like anyone else seeing it… I wasn’t expecting those waves of emotion to overtake me like that. I was sorry that there were other people that got to see that.”

Chris isn’t familiar with being in the spotlight. Since he’s a part of the Roloff family now, he is going to have to adjust to it. The family’s show is a hit on TLC. He may not mind the cameras so much. He just wishes the cameras weren’t there for the proposal. It’s a big moment for himself and Amy. He might have wanted it to be more intimate.

Nonetheless, Chris and Amy are several months into their engagement now. Fans of the Roloff family look forward to more news about the wedding plans too. And, hopefully the wedding will feature on LPBW too. It’s unclear how Chris’s feelings about the proposal will influence whether the wedding is on the show. But, no one knows for sure yet.

So, what do you think of the proposal? Share your thoughts in the comments below.

Don’t miss the upcoming episode of LPBW on TLC on Tuesday night. For more news about the Roloff family, stay tuned.

’90 Day Fiance: The Other Way’ Spoilers: Did Ellie & Victor Break Up?!
Chrishell Stause Gushes Over The Bouquets Jason Oppenheim Gifted Her
Todd Chrisley Defends Lindsie’s Recent Run-In With The Cops
Isabel Roloff Gets Real With Fans, Opens Up About Forgiveness
Did Todd Chrisley Just Call His Daughter Lindsie Toxic?!