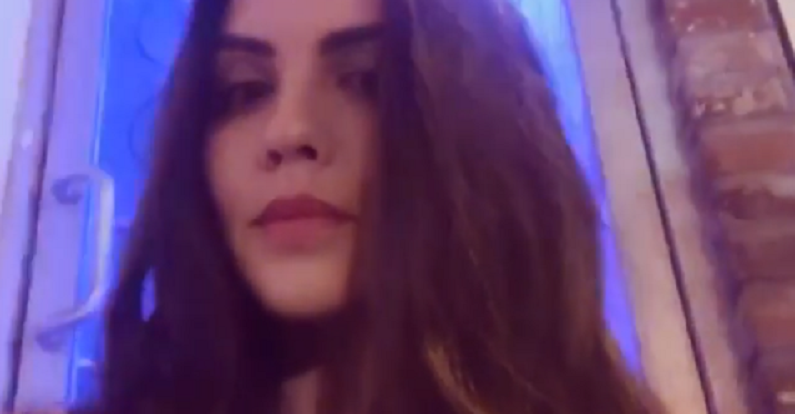 No, Katie Maloney is not pregnant. Schwartz was just being Schwartz. His Instagram post led the pregnancy rumors to swirl. But the couple just wanted to share their thoughts on wearing a muumuu while in quarantine.

The Vanderpump Rules star led fans to believe that his wife was pregnant with their first child. Apparently, the rumors got so out of hand that Katie Maloney had to step in and put them to rest. Thankfully, she was a good sport about it.

According to Us Weekly, Tom Schwartz posted a photo of his wife wearing an ice-cream themed muumuu that had fans thinking she was pregnant. He captioned the adorable photo, “Make it three. I’m not driving” on his Sunday, April 26 Instagram post.

“MAKE IT 3!” Schwartz continued. “I made these muumuus for last Christmas, inspired by one of my favorite lines from home alone 2 but they didn’t make it on time. Then I realized this is a total quarantine vibe. A cozy little reminder that it’s ok to indulge. My new mantra, make it 3. I’m not driving. [sic]”

Vanderpump Rules fans were confused over what Schwartz was even talking about. Most assumed it was a pregnancy announcement. When they saw the quote, “Make it three,” they immediately thought the couple was expanding their family. Maloney caught wind of the comments and shut down the pregnancy rumors.

“Omg!! Why didn’t it cross our minds that this would look like a pregnancy announcement!!??” Katie Maloney wrote in the comments section. “Lol! Sorry everyone, no Bebe! But just a really cool muumuu.”

As evidenced by CommentsByCelebs, Stassi Schroeder slid into Schwartz’s Instagram post. She couldn’t help but laugh at the pregnancy rumors. Schwartz and Maloney, who wed in 2016, have been open about starting a family for years.

Maloney shut down the body-shamers who assumed she was pregnant in the past. She even revealed that she lost 20 pounds by making simple changes to her diet, according to TV Shows Ace.

Lisa Vanderpump found it annoying that she had to attend Katie Maloney and Tom Schwartz’s second wedding in Las Vegas. After all, she officiated their previous wedding in Northern California. Schwartz ruined things when he lost the paperwork after their first wedding. This led to a quickie wedding celebration in Sin City.

During an appearance on the Vanderpump Rules: After Show, she said that Schwartz “gets everything wrong.” She was especially frustrated when he didn’t finish the marriage process by submitting the documents to the state of California after their first wedding in April 2016. It’s because she put so much work into their first wedding.

“I had gotten on a plane. I officiated the wedding,” Vanderpump explained. “I’d been in the middle of the woods staying in a cabin. I put a lot of thought into this wedding.”

She also wasn’t a fan of Schwartz and Maloney’s second wedding. She thought it was too “kitschy” for her taste. The couple exchanged vows at the Caesar’s Palace Casino, in which the couple and their friends dressed up in wacky costumes.

What did you think of the pregnancy rumors involving Katie Maloney and Tom Schwartz? Sound off below in the comments section.