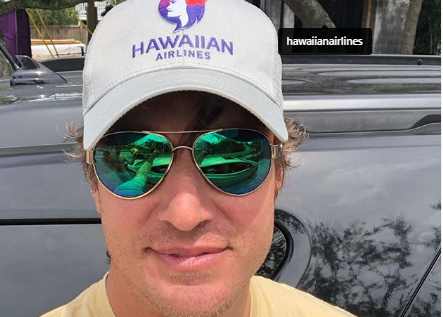 Charleston’s resident single dude may now be off the market. Shep Rose appeared in a young woman’s Instagram recently sparking rumors. As fans know, Shep let his mouth run away with him last season getting into it with Madison LeCroy.

After that, Shep made a questionable decision to badger a homeless women in NY and post it on social media. He took a break from his podcast and as filming has been delayed for the show he’s been laying low. Most of his Instagram posts lately have been Tiger King memes. Of course, as fans of reality television know, just because someone is in a picture with someone else, doesn’t mean they’re together.

The Instagram post Shep Rose appeared on belonged to a woman by the name of Taylor Ann Green. The two were at Luke ‘n Ollie’s Pizzeria in Isle of Palms, South Carolina. The lady captioned it, “dear diary, Day 83: Picking up pizza for the 82nd time. We gave up on nutrition after effing up the eggplant salad on day 1.”

She deleted the post, but of course, people screenshotted it. A comment on the photo that came as a surprise was Madison Lecroy who wrote, “omg this is sweet.” She tagged Shep which leads fans to think they aren’t mad at each other anymore. According to Reality Blurb, Taylor replied to her, “finally captured a photo where it looks like he actually likes me… sorta.” The picture is Shep leaning into the car smiling at her.

Are The Two Really Dating, Or Just Good Friends

Fans speculate Taylor deleted the photo to wait until the show to debut her relationship with Shep Rose. It would be a big deal for Shep to start dating a new girl and would help with people tuning into Southern Charm.

If that’s the case though she shouldn’t have posted a video of Shep riding with his friends on a boat beside her. She captioned it, “yes that’s an office chair.” In February, Taylor posted a picture of her and another gentleman giving a skeptical look. She captioned it, ” the look you give @relationshep when he starts telling Dad jokes before 12 am.” Co-star Kathryn Dennis liked the post. It didn’t get the attention the one with his face did.

Shep Rose is private about his relationship status. He has not commented on posts or responded to rumors. Taylor told US Weekly, “Shep and I are great friends, loving spending time and laughing together. Looking forward to season 7!” With the F word thrown out there and her denial of their relationship, it’s hard to know what’s going on. Fans will tune in to the new season of Southern Charm and see if Rose has found love, or another girl who’s just a friend.