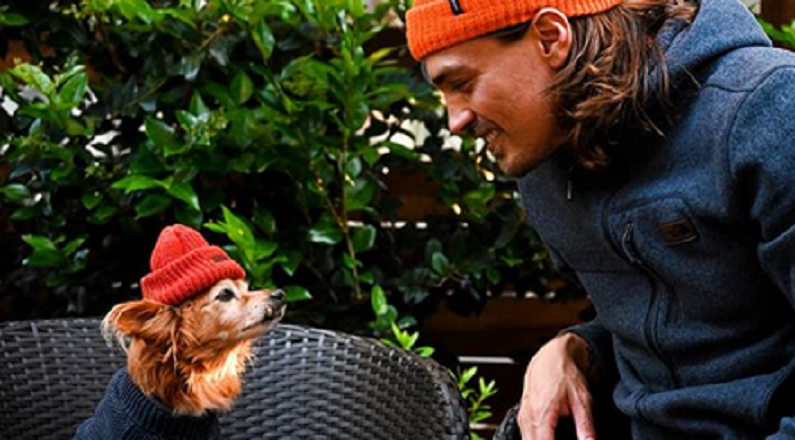 Dean Unglert previously revealed why his relationship with Caelyn Miller-Keyes works so well. It’s because they can be themselves. Bachelor Nation adores the couple and would love to see them get married. But don’t expect them to walk down the aisle anytime soon.

That’s because Unglert has no interest in marriage. He made that shocking revelation on his podcast, Help! I Suck at Dating. It’s ironic considering he’s part of a franchise that’s focused on love and marriage. Unglert and his co-star Jared Haibon invited Tayshia Adams on the show to discuss marriage and relationships where he revealed why he’s against marriage.

According to Showbiz Cheat Sheet, Dean Unglert shared his thoughts on dating, relationships, and marriage. While he’s in a serious relationship with Miller-Keyes, Unglert says he’s not ready for marriage. He has a strong “anti-marriage” stance in which he explained to Adams, who is from Colton Underwood’s Bachelor season.

back in the states after an unfortunate turn of events in europe. it would have been a whole lot worse without my primary caretaker there to change my smelly socks, carry my luggage, and keep me entertained. thank you for everything you’ve already done and for everything you still unwittingly have to do @caelynnmillerkeyes

Adams said she wasn’t convinced. She feels that Unglert wants to get married and raise a family down the line. She thinks he’s afraid of commitment. Unglert admitted that he did have a fear of starting a family, but he no longer feels a need for it.

Adams thinks that Unglert shouldn’t be afraid. He should explore his feelings with Miller-Keyes and see where it takes them. It’ll be interesting to see how the couple will explore their relationship together. Hopefully, Unglert can get over his fears.

Opens up about his family life

His difficult family life impacted how he views relationships. Dean Unglert admits that it was hard for him to bring Rachel Lindsay to his hometown. Before the hometown date, Unglert talked to The Bachelorette about his “eccentric” father and mother who died from cancer when he was just a young boy. He also addressed the family dynamics that played out after his mother’s death.

Everyone started to go their separate ways. Not only did both of his brothers move out, but so did his sister. Unglert’s father wasn’t around most of the time, so he was on his own for most of his teenage years. He clearly had a difficult upbringing.

Producers also sensed the tension between Unglert and his father that occurred during hometown week. He confronted his dad about how hard it was for him when his mom passed away, but his father refused to talk about it.

It’s clear that Unglert’s family life has impacted him negatively. It also formed his views on relationships. Before appearing on Bachelor in Paradise, Unglert was just looking for a hot fling. That all changed when he met Miller-Keyes. When he left BIP without her, he didn’t think their relationship would last. But he returned to her to give their relationship another shot.

Bachelor Nation knows that Unglert and Miller-Keyes are still together. The couple seems to be happy with their active lifestyle. The reason why his relationship with his BIP partner is more serious than the ones in his past is because they’re so comfortable with each other.