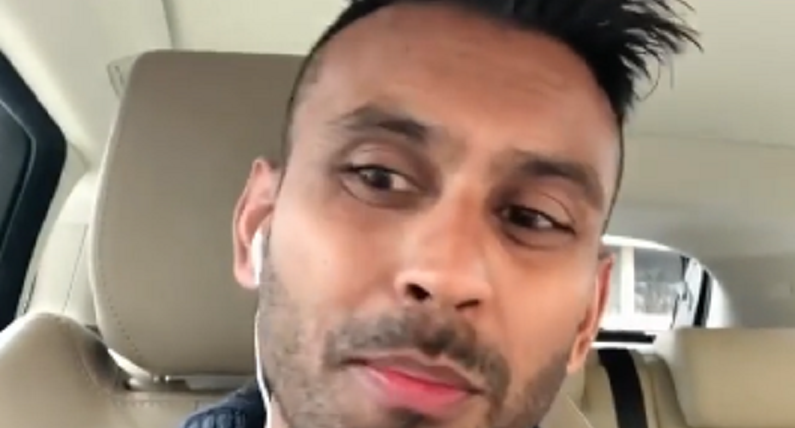 90 Day Fiance star Ash Naeck is a smooth talker. Literally. He makes a living coaching single women. But the relationship coach got tongue-tied at his own seminar on Sunday night’s episode of Before the 90 Days.

Avery Warner attended a seminar hosted by her own Australian hunk Ash Naeck. Avery sat among a group of women who listened to Ash’s takes on the differences between men and women. Masculine energy appeared to be the theme of the night, thanks to Ash’s jaw-dropping seminar – which didn’t go well as planned.

Ash’s seminar is supposedly about telling women how they can find their “Mr. Right.” Prior to the seminar, he chats with the giggling ladies as Avery uncomfortably looks on from her seat. Ash joked that an upside to hosting a seminar is “touching people more,” as quoted by TV Insider. But, no one’s laughing.

He then regrets his choice of words. Ash goes on to explain the differences between the male brain and the female brain, which comes across as sexist to Avery and the other women. He then obsesses over the idea of “nothing boxes” and how women are more illogical than men.

“Do you recognize that we all have both inside of us, like we are both masculine and feminine?” one of his audience members ask.

Family is everything . It provides love, support and a framework of values to each of its members . It means “no one gets left behind or forgotten." – David Ogden Stiers . . . #family #love #positivevibesonly #unityconsciousness #unity

She later tells the TLC producers that he is “quite out of his depth, talking to us as if we don’t understand the brain of the man.”

According to Ash, men are just more logical. And they’re the bread winners of the relationship. What’s not winning is his seminar.

The relationship coach  loses his touch

90 Day Fiance fans had fun watching Ash’s seminar on Sunday night. Some of them compared it to Jesse Meester’s motivational speaking tour, which was one of the most awkward seminar scenes ever shown in 90 Day Fiance history, according to Starcasm.

Ash claims to be an expert on what women are thinking. He’s also a bit of a ladies man and smooth talker, as seen in his social media videos. But what’s interesting is that Ash gets tongue-tied at his own seminar.

Things get so bad that Ash is seen reaching for his smartphone for help. Is he Googling what to say next? Then he excuses himself and leaves the room. Avery chases after him and asks him what viewers were thinking, “What was that?”

He only says that he “f***** up.” 90 Day Fiance fans wondered if Ash was nervous speaking in front of Avery. It’s possible that he had a case of the nerves. Meanwhile, other viewers wondered where he got his education in women.

This awkward seminar came after Ash announced he was taking a break from social media for his mental health. He showed what happens when 90 Day Fiance fans turn their passion and fuel it into hate, as pointed out by Reality TV World.

“Everyone thank you for the support and the great message received,” Ash wrote on his Instagram Story. “The events of the past 8 weeks hit me today, I was not in any way prepared for the intensity of what the show both good and bad brought me. I am of the mindset to not give up but that took a turn today and I am taking a few weeks off from Social Media for my mental health. Love you all.”

Ash previously addressed the backlash he received for being on 90 Day Fiance: Before the 90 Days. Some fans took it too far by mocking his “bulging eyes.” The entrepreneur revealed that he’s been diagnosed with hyperthyroidism, also known as an overactive thyroid, according to TV Shows Ace.

It’s a good idea for Ash to stay off social media after the latest episode. 90 Day Fiance: Before the 90 Days airs Sundays at 8 p.m. ET on TLC.