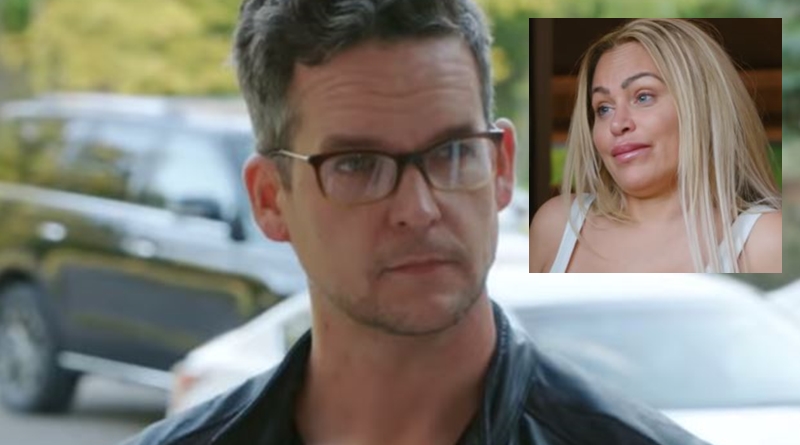 90 Day Fiance fans saw Tom and Darcey break up. She walked out on him, and he sniped at her. Later, Darcey said she watched the episode, and it made her feel “empowered.” Now, in the newest episode, fans saw Tom go and visit Darcey and try to apologize for it. But, she wouldn’t take a letter he wrote to her and her sister tore it up. Now, Tom asked if he should make the contents of his letter public.

TV Shows Ace reported that after Darcey Silva and Tom broke up, she said that she felt “empowered.” Recall that they met up in New York at a restaurant. Darcey, already really angry when she went in, got under the collar over his messaging another woman. Anyway, eventually, she said to him, “Enjoy your life,” as she walked away. And, Tom’s last words to her in the bust-up scene were, “I will now that you’re not in it.” While Tom got some backlash on social media, he later apologized on social media. Not only for that but also for talking about her “putting on some weight.”

Talking to Hollywood Life, Darcey said she appreciated that he tried to apologize but she wouldn’t react on social media. Plus, she told the outlet that walking away like she did made her feel totally “empowered.” But, fans later saw her reaction to his one-on-one efforts on the April 26 episode of 90 Day Fiance. It now emerged that he tried apologizing to her in Connecticut, and she rejected that. He also wrote her a letter. But, she refused to take it, so he slipped onto her windshield. Later, Darcey’s sister took the letter and ripped it up. Now, Tom asked his fans if he should disclose the contents.

Should Tom reveal the contents of the letter?

When the episode aired, Tom  took to his Instagram and asked his fans, “So tell me what do you think I wrote in that letter ???” Then he added, “And would it be wrong to make it public????” Well, lots of people came up with different ideas on that. Some felt that the letter belongs to Darcey, so he should ask her first. Others felt that Darcey really probably also wants to know what was in it. One fan noted, “do you really think she didn’t go back into the garbage when the camera crew left and [tape] it back together so she could read it?”

The reason that Tom’s got a copy of the letter relates to the fact that he wrote it on his phone. But, as Darcey refused any social media communications, he eventually copied it out and wrote it on paper. So, he’s still got the original. But some fans feel the 90 Day Fiance star should leave it in the past. One fan noted, “I say keep it confidential. No use drudging up old issues. If you are truly happy with someone else now, then just move on. Although I’m sure it easier said then done when television and social media is playing this up and taking it as far as they can. Do what feels right! (sic).”

What do you think about Tom asking if he should reveal the contents of his letter to Darcey? Sound off your thoughts in the comments below.