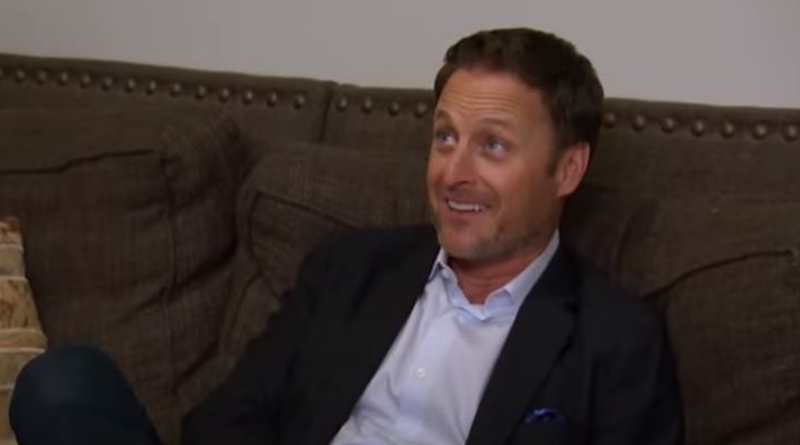 The Bachelorette, Season 16 brings returnee franchise veteran, Clare Crawley. Not many fans seem enthusiastic about her in the role. Already, she disses on some of the contestants in her upcoming show. Although filming’s on hiatus right now, one day, no doubt fans will see it all play out. Many critics call for Crawley to get canned and another person put in her place,  But a heart-stopping moment came when one of the ABC execs said that Chris Harrison’s been fired. Did he really?

Despite opposition from many fans, Colton Underwood believes that Clare’s the ideal candidate. TV Shows Ace reported that he feels way too many people go on the show for the wrong reasons. Plus, he feels that with the producers pushing a certain line, the central character should be strong. His belief is that Clare, with loads of experience, won’t allow herself to be pushed around. “Clare will not tolerate being manipulated,” he feels.

Nevertheless, many fans feel she’s too old, boring, and a has-been in Bachelor Nation. Mind you, they could wait a long time to see her season play out. At the end of March, People reported that impatient fans need to wait for it. Due to coronavirus concerns, Chris Harrison feels they won’t film until its totally “safe” to do so. Certainly, there’s no sign that the execs at ABC listen to any appeals by fans for a different lead in season 16 of The Bachelorette. The show’s merely on hiatus.

Clare Crawley’s not canned. but is Chris Harrison?

News that Chris Harrison got canned from the show came from Rob Mills, an ABC exec. What sparked it all off, involved a tweet by Clare Crawley. She objected to Matt James doing cameos ahead of the season. Allegedly he does them for a charity. Notably, some fans think it’s not a non-profit charity. Others think he uses his Cameos as an excuse to hook up with other women. Anyway, she wrote, “If you [do] interviews and [create] Cameo accounts before you are even on my season… you are in it for the wrong reasons.” She added a hashtag that read, “#dontwasteyourtime.”

Rob Mills, one of the ABC execs for The Bachelorette then tweeted, “BREAKING: Chris Harrison removed from upcoming season of #TheBachelorette.” Fans reacted with shock and horror. One said, “my heart just stopped when i saw this.” Another one noted, “This was the most terrifying notification I ever got!” Then, one person commented, “No!!!! I love Chris he is who I would choose for my bachelor!” Plenty of fans got worked up about the popular host being fired from the show. But, it seems that Rob Mills just joked.

Joke about Chris missed by The Bachelorette fans

Later, it turned out that Rob merely joked about Chris being fired. He actually referred to the fact that Chris Harrison appears on Clare Crawley’s season. He already does his cameos and interviews. So, his joke seemed that Clare forgot to account for him when she spoke about people appearing on her season who do cameos. In fact,  he later returned and explained that fans missed the “joke.”

Chris Harrison seemed a bit grumpy about his joke. He replied, saying, “Not sure people are getting the joke here. Thank you for the questions I’ll be getting this week @Millsy11374.”

Not sure people are getting the joke here. Thank you for the questions I’ll be getting this week😂 @Millsy11374 https://t.co/oUrYwoTIGB

What do you think about Rob Mills joking about Chris Harrison being fired from The Bachelorette? Did you get the joke, or did your heart stop for a second? Sound off in the comments below.

Remember to check back with TV Shows Ace often for more news about ABC’s The Bachelorette, Season 16.