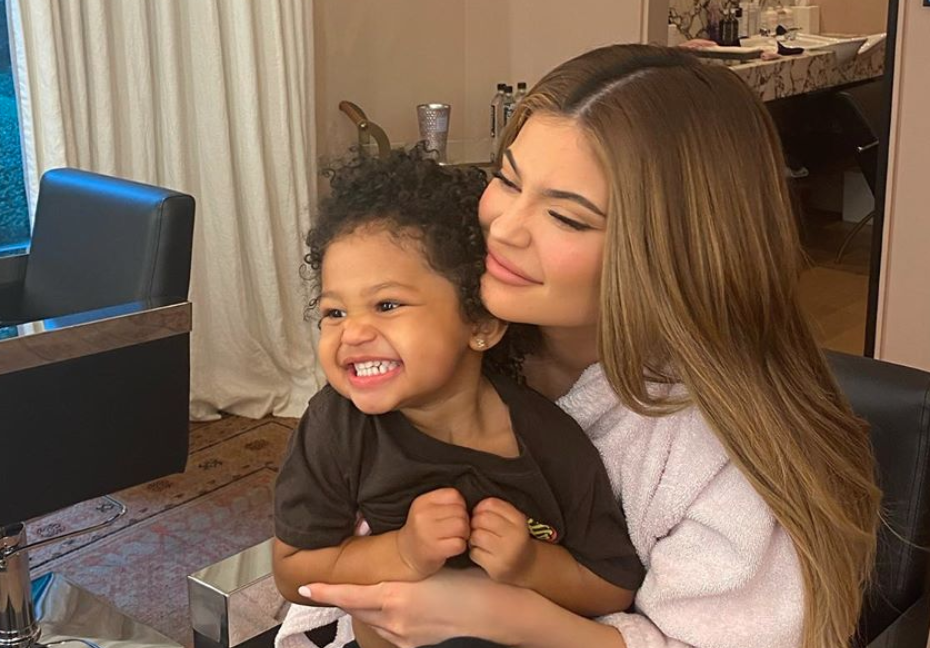 Travis Scott is doing a tour on Fortnite right now, and it sounds like his daughter may have interrupted his performance.

So this all stems from Travis Scott doing a Fortnite performance. Apparently, he roamed across the game as a giant version of himself, singing his songs. He brought in a record-breaking 12.3 million players to watch the performance. It was a nice event while everyone is stuck in quarantine.

However, according to Yahoo! Stormi ended up interrupting the performance. The toddler ended up getting the controller herself and playing the game. That’s a pretty adorable interruption. Travis reportedly proved what a great dad he is by putting his dad duties before his performing duties.

Travis ended up jumping on Instagram live and showing everyone what was going on. The story got a ton of views as everyone was doting over the toddler.

Travis and Stormi on live 🥰

What else is happening with the fam?

Kylie and Stormi aren’t the only ones with interesting stories floating around.

Currently, KUWTK is on and Khloe has been faced with some big decisions. This started when she decided she is ready to freeze her eggs for the future, but then took it even further. She decided to create embryos to store. However, embryos require a sperm donor. Khloe revealed who that would be. She chose her ex-boyfriend, Tristan Thompson.

This seems to have shocked fans, but her decision makes sense. She knows who he is and what genes she is getting. However, things might get weirder if she ends up with someone else. Apparently, Tristan would have to sign something that says he would be a donor only, but that seems like it could be hard for the couple to manage. After all, he is True’s dad, who would be the baby’s sibling.

It seems like a tough situation for Khloe to have to go through. However, her logic makes sense. She would rather have the embryos saved up rather than wait and it is too late. Hopefully, she is able to figure out all the logistics of it at a later time.

What do you think of Stormi crashing the Travis Scott concert? Is it not the most adorable crash ever? Let us know what you think in the comments. Be sure to watch new episodes of KUWTK every week when it comes on E!. That’s the best way to follow along with Kylie and Khloe.