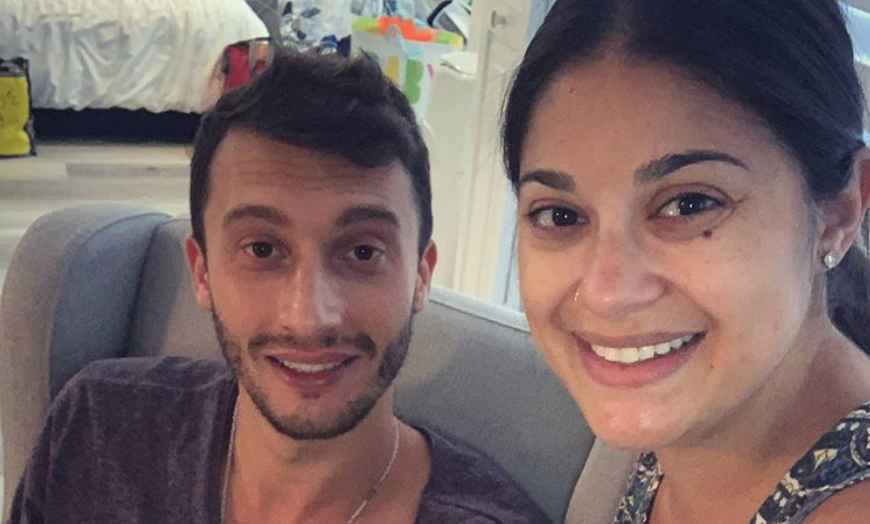 90 Day Fiancé star Loren Brovarnik recently joked on Instagram that she had purposely become pregnant. She said this was to keep her husband, Alexei Brovarnik, beside her forever.

A fan had commented on an Instagram post to tell Loren and Alexei they make a cute couple. They wrote it is nice to see the K1 process is not always a scam.

As noted by InTouch Weekly, Loren responded to the comment to her picture of the family. The 90 Day Fiancé star joked, saying she “got knocked up” to make it clear it was no scam with them. Further, Loren, 31, also joked that Alexei is now stuck with her. There’s no turning back!

Just some smiles for your Friday! This is what pure happiness looks like during these crazy days! Love, The Brovarnik’s 💙🧿 #teambrovarnik #babybrov #partyof3 #realdeal #morespamtocome #sorrynotsorry

The 90 Day Fiancé couple met during Loren’s birthright trip to Israel in 2013. Alexei was working as a medic in the country at that time. They soon fell in love and Alexei traveled to the US on a K1 visa. Loren and Alexei wed in 2015. Furthermore, in 2016, they celebrated a second wedding in Israel for Alexei’s family. Alexei went on to gain American citizenship on January 25.

Four months after this, on April 14, Loren and Alexei welcomed their first child. Shai Josef Brovarnik was born at Mount Sinai Hospital in Miami, Florida. Shai was in a hurry to meet the world, as he came one month earlier than expected.

Loren said to US Weekly at the time that they were “meant to meet” their baby boy earlier. She said he is just the “smile and light” they need in these difficult coronavirus times. Loren said she and Alexei are “so beyond in love” with Shai and “even more in love with each other.”

Loren and Alexei waited a week after Shai’s birth to share his name with the world. On April 21, Loren explained that “Shai” means “gift.” She added baby Shai is definitely their gift. The 90 Day Fiancé star went on to explain that the name Shai is chosen for her grandfather, while Josef is for Alexei’s granddad.

Fans soon noted the amazing resemblance between baby Shai and his father, Alexei. Loren joked recently that if she received $1 each time someone said Shai looks like his dad, she would be as rich as Bill Gates! Looking at images of the cute baby, he does, indeed look exactly like a mini version of Alexei.

It is easy to see that Loren’s joke about getting pregnant to keep Alexei isn’t true. They are obviously completely in love with each other and their new baby boy. Even better, Loren recently admitted they are planning on a large family. However, they intend on enjoying the exhaustion and everything else involved in having their baby boy first.

Let’s wish this loving family of three everything of the best for the future together.