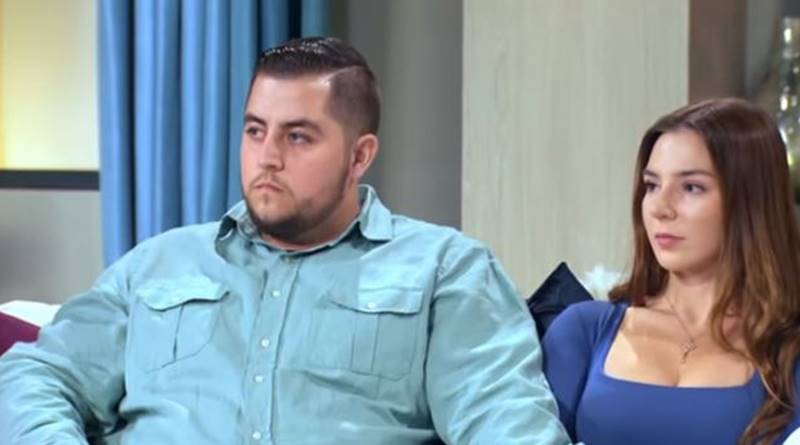 90 Day Fiance fans know that Jorge Nava expects an early release from prison. And, he’s not focusing on the fact that Anfisa went off with another guy. He looks forward to possibly engaging in some sort of legal marijuana business. Plus, the possibility of reality TV also excites him.

Jorge Nava stopped reality TV as he really had no other choice. Recall, he ended up inside prison for dealing drugs. TV Shows Ace reported he expects an early release, possibly in May. But, he didn’t squander his time there and worked hard losing weight and getting fit. In fact, getting fit seems his new addiction these days. Obviously, at some stage, dealing with a divorce from Anfisa also occupies his mind. But, it looks like Jorge chooses to focus on the positives in his life, InTouch Weekly reported.

Via a statement from Jorge’s legal team, the outlet got a bit of an insight into life after prison for the 90 Day Fiance star. He definitely hopes that his future involves no criminal activity at all. And, he credits a lot of his motivation to his supportive fans. He picked up a lot of positivity, and he’s determined to carry that over into life after lockup. Part of that positive future involves potentially building a business in the legal marijuana industry.

InTouch cited “attorney Brad Rideout, a managing partner, attorney-at-law at Rideout Law Group.” He said that Jorge really hopes to obviously start earning again. While he looks at other avenues,” he thinks perhaps working in the “legal marijuana business,” might be the place for him. However, with him now a convicted felon, that might pose a few problems. Maybe somehow, Jorge gets into it but he also dreams of reality TV.

Once more, his 90 Day Fiance fans motivate his thoughts in that direction. It seems that Jorge got so much encouragement and positivity from his fans that perhaps there’s a way he could get back into reality TV. After all, he’s got the experience and he knows what life is like as a felon. Whether that extends to the TLC show or not isn’t clear. Perhaps he could join one of the Love After Lockup shows. But, as he might not be in love, that’s maybe a no. However, one way or the other he might make something of it.

Here is the video from Jorge himself! He missed every single one of you and cannot wait to come home‼️‼️‼️‼️‼️

InTouch noted that Jorge said, “Going back to reality TV is [a conversation] that I’ve been having since the day I came into prison.” What do you think about that? Do you hope to see Jorge on your screen again? And, do you agree that working in the legal marijuana industry might really suit him? Sound off your thoughts in the comments below.