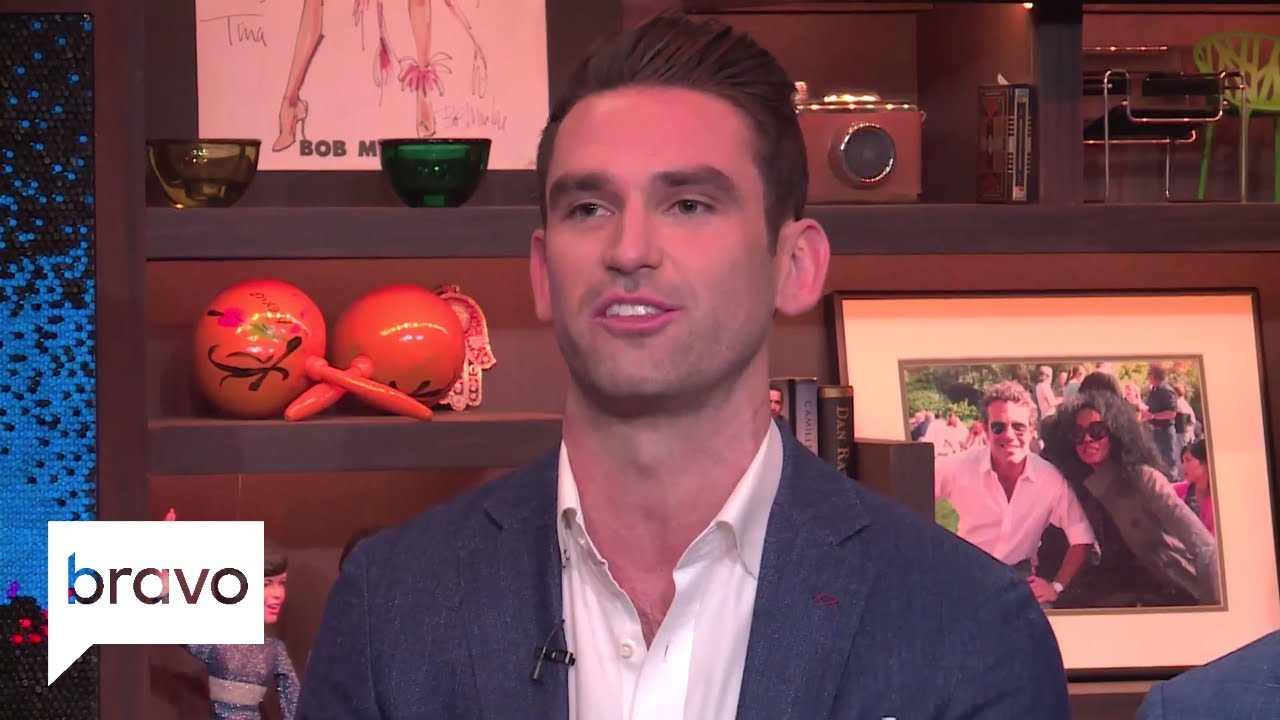 Carl Radke struggled this season. On the current season of Summer House, Radke struggled when it came to both personal and professional relationships. To cope, Carl admitted to “hitting the bottle.” However, the Bravo star has finally quit drinking.  Carl appeared on an Instagram Live interview with Marshall Sandman on Spilling the QuaranTea.

During the show, Carl kind of forgot about the cameras, so he grabbed the bottle quite a bit during the current season of Summer House. He acknowledges the hardest part to watch this season, is his aclohol intake. He struggled during the summer, with some romantic relationships ended up not working out. Carl says that his past behavior helped that along.  In regards to professional friendships, there was some stuff that happened, that the show didn’t reveal. ” So I hit the bottle. It’s been hard to watch, so I’m trying to make right, over the last few months. I’ve actually been sober.”

Drinking has been used to alleviate people’s anxiety and fear of talking about things they may not want to talk about. Carl said there are some who think they may be funnier or cooler when they’ve had a few drinks. However, he admits that’s not the case for him, he usually becomes angry and makes poor decisions.

Carl spills on everything from balancing business and pleasure working with his best friends, to sobriety and texting his ex in quarantine! Thank you so much to @talenti and @harlemgrown!

Since the coronavirus pandemic hit the U.S. last month, Radke has been staying at a friend’s house in the Hamptons and using this time to refocus his priorities. Amid the pandemic, Carl has been lucky enough to exercise outdoors and go hiking. He is focused on himself and says he is lucky to be able to have time to work on himself.

Carl has begun to work on himself during this quarantine

Carl is staying away from social media to avoid the haters. He says: “Twitter and Reddit, I think, absolutely hate me. I actually don’t go on them anymore — it’s really hard to read some stuff that people say,” he said. “I mean, people don’t know me in person, but they watch five minutes of the show and have an opinion about you.”

Carl is currently the head of sales and business development for Loverboy, a sparkling hard tea company, created by fellow Summer House costars Kyle Cooke and Amanda Batula. He’s found it interesting to work in the alcohol industry while sober. He has learned that a lot of those who work in the industry, don’t drink alcohol.

As for his dating life? Radke said he does eventually want to get married and have kids. Before he settles down with someone, he says he is focused on figuring out who he is. He believed he could enter relationships and be in a good position, but that did not happen. He does believe the right girl will come along.