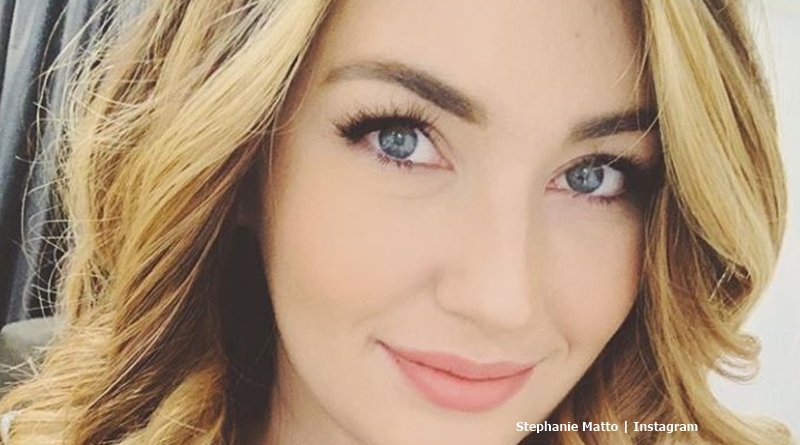 90 Day Fiance fans heard that Stephanie Matto deactivated her Instagram account recently. It came after all the hate by fans following the party episode in Australia. Mind you, her YouTube channel remains operational. Now, she returned briefly, breaking her own self-imposed stay-away to warn fans about fake accounts.

90 Day Fiance – Stephanie posts about fake accounts on her Instagram

Many of the cast members say they’re leaving social media, but return pretty quickly. Actually, other network characters do that regularly, like Jenelle Evans from MTV’s Teen Mom. One person famous for “leaving” Instagram is Ashley Martson, also from the 90 Day franchise. Perhaps that accounts for why Stephanie mentioned she only broke her self-imposed stay-away to bring out a warning about fake accounts.

On Thursday night, Stephanie Matto shared a photo of herself looking rather thoughtful. She wrote, “I am not back from my hiatus, I am just posting an urgent message because quite sadly it has come to this.”

Then, she explained that since she went away from Instagram, other “fake accounts” continue operating. She noted that “one of these accounts…attempted to solicit money from people in exchange for my n*de photos.” Next, the 90 Day Fiance star asked people not to engage or buy them.

People who waste their money can’t get help from Stephanie

In her post, Stephanie told fans who buy that it’s their problem if they “end up sending them money.” Plus, she reminded people that hate’s ugly and they need to be “kind.” In fact, she told off one person named “Rick.”

In response, fans told the 90 Day Fiance star that they really hope things come right for her. Others told her she should take as much time as she needs if the trollers affect her mental health.

One of her followers wrote, “Wish you a lot [of] strength💪🏼🍀 stay strong, take your time and know this is not your fault❤️.” Another kindly person noted that Stephanie comes with “a strong fan base.”

They added that they “stand with her and report…duplicate accounts,” before suggesting, “stay strong & take care of yourself ❤. ” 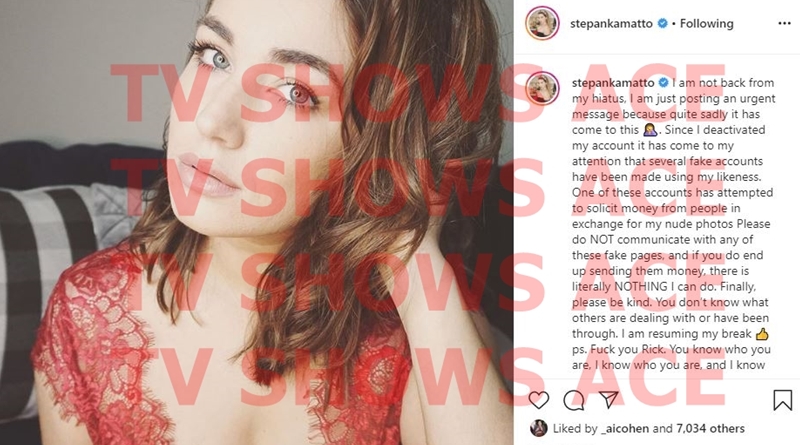 Reddit users hate on the 90 Day Fiance star a lot

A lot of critics actually lurk on Reddit, and not on Instagram. But at least with Reddit, Stephanie Matto need not see hate on her own page every single day. Cheatsheet pointed out that plenty of vitriol goes her way on that social platform. What do you think about Stephanie warning people about fake accounts? At least fans now know that any n*de pics they purchase via Instagram don’t come from Stephanie. Sound off your thoughts in the comments below.