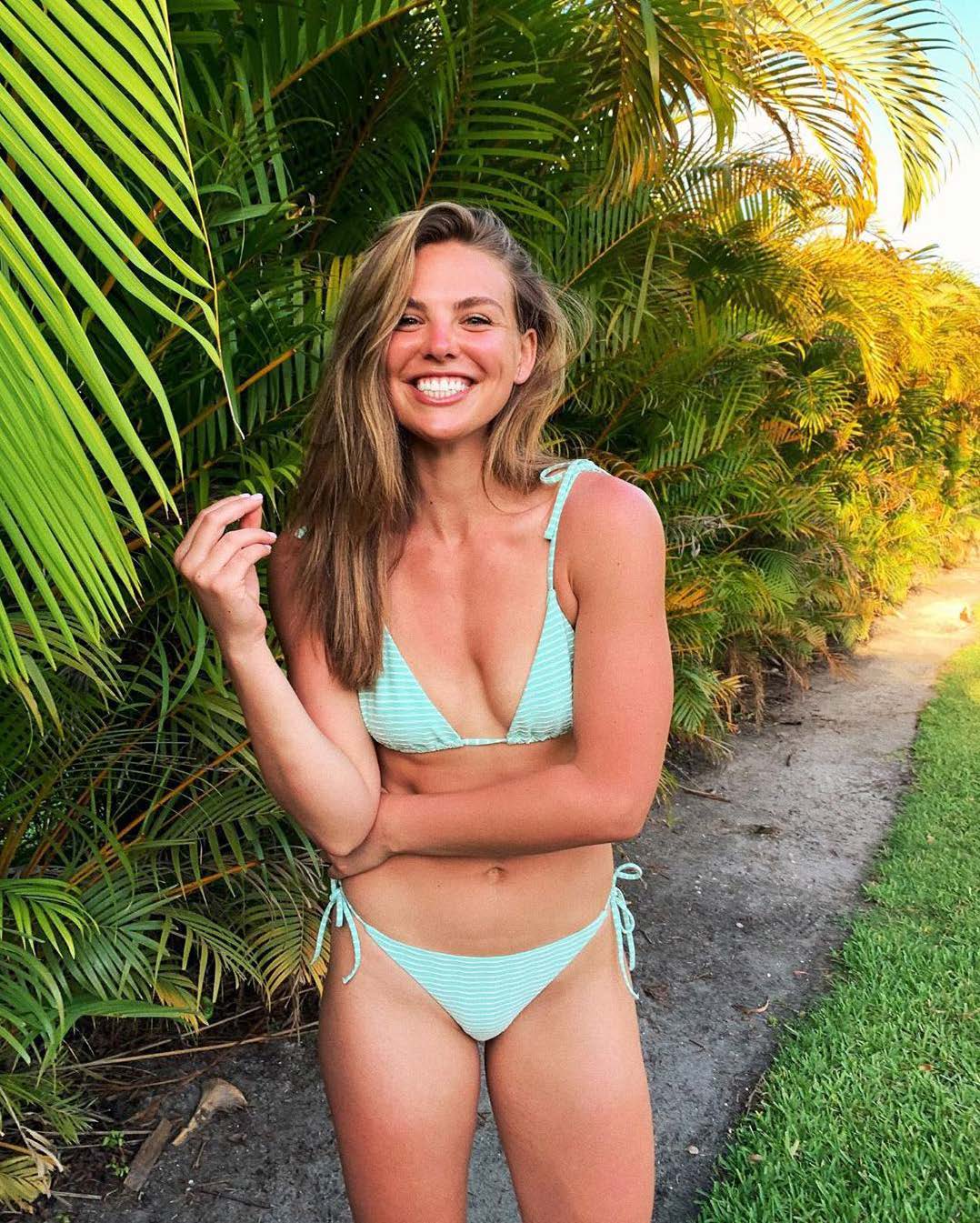 As rumors spread like wildfire about The Bachelorette, Hannah Brown and Tyler Cameron, Us Weekly, reports that the Quarantine Crew doesn’t miss Hannah.

Hannah Brown, Founding Member of the Quarantine Crew Circa 2020

According to reports by Us Weekly, Hannah traveled to Tyler’s hometown, Jupiter, Florida, two times in close succession in early March. The first time, for Tyler’s mother, Andrea Cameron’s celebration of life. During Hannah’s second visit (less than a week later), the group of friends conceives the Quarantine Crew.

Also of note, the Quarantine Crew has an Instagram account that chronicles their shenanigans. Endearingly, the group is able to poke fun at themselves. For example, Hannah and Tyler participate in TikTok challenge set to Drake’s “Nonstop” and switch clothes. They captioned the post, “BREAKING: Tyler finally got into Hannah’s pants.”

Matt tells US Weekly that the Quarantine Crew’s social media presence is created so that it will “portray a positive message.” Additionally, he explains that the group bonds through the online workouts Tyler hosts on his Instagram Live. “It’s helped everybody stay mentally and physically fit through just being locked in the house with your family and friends, ’cause that’s a long time to be with one person,” Matt says.

After several weeks, Hannah returns to Tuscaloosa, Alabama. Tyler’s best friend and NYC roommate, Matt James shares on Instagram stories,  “they [Hannah and Marshall Eads, Hannah’s friend] want to ride this thing out with their families.”

More recently, Matt tells US Weekly about the dynamic of the Quarantine Crew. Insinuating that Hannah isn’t missed by the Quarantine Crew may be a long shot. Matt says, “Hannah is with us always in spirit. We’re not missing Hannah because she’s here with us, always.”

While reflecting on his time in lockdown with the former Bachelorette, Matt begins by explaining that he “didn’t know” Hannah would join the group. “I was just very happy when I saw her because she’s such a great person and I was excited to be locked in a house with her,” he shares.

But Are Hannah and Tyler Together?

Update: Tyler got his money back

But wait, there’s more! The source goes on to say, “They finally found some time in their schedules to connect. Guys and girls can be friends without being romantic. Could something happen down the line? Sure.” Thus, giving fans more hope that the duo will maybe eventually become an official item.

Stay tuned to TV Shows Ace for more The Bachelorette news. Especially as, fans wonder if this isn’t the last we’ll see of Tyler’s bestie, Matt James. Matt is scheduled for Season 16, Clare Crawley’s season, of The Bachelorette. Unfortunately, Chris Harrison reveals in reports that after production was forced to shut down due to coronavirus concerns, several of the contestants won’t be returning.  On Instagram Live, Chris says, “Maybe it’ll be completely different guys. Maybe it’ll be a mixture, who knows? We really don’t know. With the way the world is right now with everybody’s schedule.”