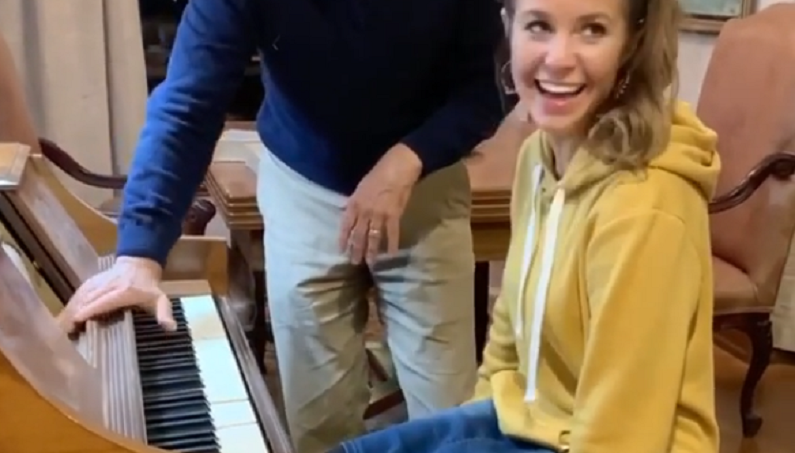 Jana Duggar has fans talking with her latest photo. Everyone knows the Duggar family has strict rules, especially when it comes to modesty. Michelle and Jim Bob Duggar have a list of rules on how their daughters should dress. Their daughters follow them until they marry and move out of the home. The role then switches from their father to their husband.

Most of their daughters have broken away from the family. They even changed their style. However, Jana Duggar, who is currently single, is still living under her parents’ roof. Counting On fans mocked her for baring her knees in her latest Instagram post.

According to Showbiz Cheat Sheet, Jana Juggar lives at home with her parents. While that’s normal since most millennials still live with their parents, it’s unusual for the Duggar family. Most of their daughters typically marry at a young age. But Jana doesn’t still mind living at home, even though she’s 30 years old.

That doesn’t necessarily mean she’s still listening to her parents. She posted a photo that shows her tending to her garden. Counting On fans on Reddit couldn’t believe that Jana Duggar showed her knees. Here are some of the comments that fans wrote:

This isn’t the first time that Counting On fans mocked Jana for her sense of style. Fans previously took to Reddit to discuss the following photo of her volunteering in Arkansas. Some fans thought her skirt was inappropriate, while others were shocked to see how tight-fitting the skirt was. This led to quite an interesting discussion on the Reddit thread.

Arkansas is an immensely special place to me. It is HOME! So when a tornado hit Jonesboro, Arkansas, last weekend I knew I wanted to volunteer to help those who had lost their homes. My heart goes out to the families, businesses and communities affected by the tornado! But I know from experience that people in Arkansas come together, and I was proud to see so many people there to offer a helping hand! My thoughts and prayers are with the people of Jonesboro!

Jana Duggar and her sisters could only wear long skirts

This could become a problem for Jana in the future. If she remains single, then she may never outgrow her parents’ rules. Michelle and Jim Bob’s strict rules apply to anyone who lives under their roof. While Jana seems happy with not being married, she could use some freedom in her life. But her latest Instagram post proves that her parents finally realize she’s an adult woman.

What are your thoughts on Jana Duggar exposing her knees? Sound off below in the comments section.