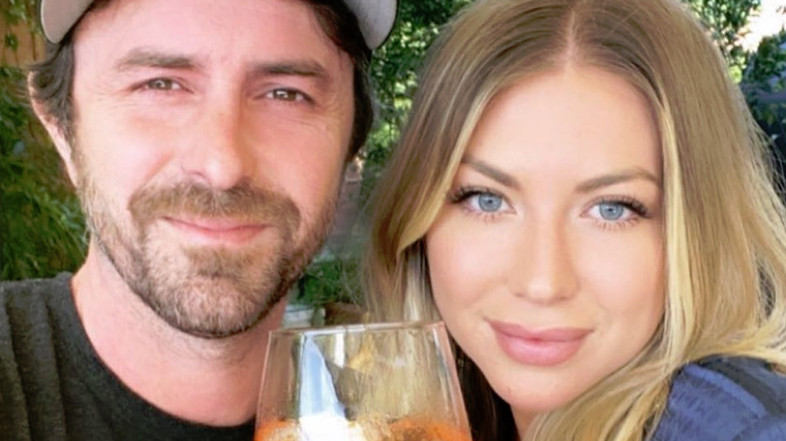 After eight seasons, fans are kind of over Vanderpump Rules star Stassi Schroeder’s behavior. They think it won’t be long until her fiancé, Beau Clark, is over it, too. Last night’s episode of VPR showed “devil” Stassi from Season 1 in all her glory.

She got in a fight with Beau over his friendship with Kristen Doute. As fans may know, Kristen is the one who introduced Beau and Stassi. However, now that Stassi isn’t friends with Kristen, she doesn’t want Beau to be friends with their VPR co-star either.

VPR Star Claps Back at Fans Telling Beau to ‘Run’

Love her or hate her, Stassi has been a VPR favorite since the first season. Her “I am the devil” speech to then-boyfriend Jax Taylor is a reality TV legend. However, now that the show is on Season 8, fans are a little over her meltdowns.

During Season 7, Stassi went off on Beau during the cast trip to Mexico. The VPR star wanted to go to bed, but Beau was hanging out with the guys and not answering her calls. They had a heart-to-heart the next day about her behavior and she was good for a while.

However, exploding is Stassi’s M.O. when she doesn’t get her way. And fans took to Twitter to warn her that her behavior may eventually cost her Beau. Rather than heeding their advice, Stassi mocked them instead, Inquisitr reports.

The VPR star posted a GIF of actor Ryan Gosling giggling in the movie Crazy, Stupid Love. Along with the GIF, Stassi wrote, “Like he wasn’t aware I was a psycho before now.”

All these ppl tweeting at Beau to “run” like he wasn’t aware I was psycho before now. pic.twitter.com/SwJfF3hJeO

As one fan pointed out, when Katie Maloney-Schwartz told Beau that he knew what Stassi was like, he replied, “not like this.”

Some Fans Defend Stassi, Say Beau Knew What He Was Getting Into

However, some fans think Beau has to take Stassi’s poor behavior with the good. One fan used a GIF of Stassi reciting her iconic, “I am the devil” line, saying Stassi did warn us at the beginning of the show.

I mean, you did tell them at the beginning pic.twitter.com/8XzXtjZMP4

Many other fans didn’t see the humor in Stassi’s post. Rather, they doubled-down on the prediction that Beau will leave her someday.

One fan compared Beau and Stassi to The Real Housewives of New York’s Bethenny and Jason. We all know how that ended. (Not well. Not well at all.)

VPR’s Stassi Has ‘Given Up’ on Having a Huge Wedding, Thanks to Coronavirus Crisis

The VPR star plans an October wedding in Rome, Italy. However, the coronavirus pandemic has those plans in question.

As TV Shows Ace reports in an article about Lala Kent’s postponed wedding, Stassi has resigned herself to her dream wedding being ruined. Stassi said she’s “given up” on having a big wedding.

Lala’s wedding, originally April 18, will now be held in July.

Tell us in the comments if you think Stassi’s behavior will drive Beau away eventually.

Vanderpump Rules airs Tuesdays on Bravo. Tune in to next week’s episode to see how Beau proposed to Stassi.