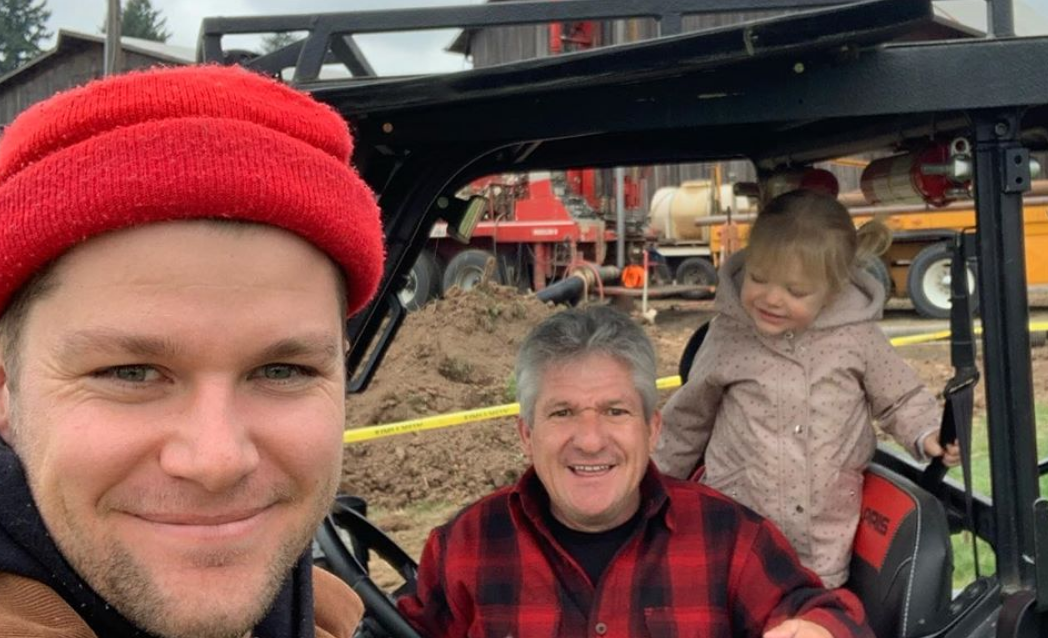 Fans of Little People, Big World were getting worried about the future of the Roloff farm.  Some believed that Matt and Amy Roloff might be cutting ties with Roloff Farms. However, fans can rest easy as Roloff Farms is still in business. Here’s what you should know about the LPBW family’s farm.

Amy accepted a buyout from Matt and agreed to sell her share of the land. She decided it was time to move to a new house in order to start a new life with her fiance Chris Marek. However, Amy ended up taking her time packing up little by little. She shared an Instagram post in February, showing excitement “to see some light at the end of this long journey of moving, purging, packing and moving into my new house.”

This car of mine #fordescape I love and has been great, and still is, in helping me move and so much more! I’m a @ford girl true and true. Its so doing its job hauling all the things I’m taking from the farm house to my new house. And it’s back and forth and back and forth. And yes, I’m doing most of it myself – after 30 years – I’m going through everything and oh what memories come flooding my mind of a lot of things that went on in this house raising four kids. And I’m thankful I got to do it though it’s been hard and tough purging. Oh I’m sure I’ll be doing more once I get ‘stuff’ to my new house thinking ‘why did I pack this’ 😳. Anyway, Felix doesn’t leave my side. I think he wants to make sure I don’t leave him behind. What that little guy doesn’t know – absolutely not and has been the best for me! 🐾💙🐾. I’m thrilled to see some light at the end of this long journey of moving, purging, packing and moving into my new house. Woohoo! Sometimes I don’t know whether to jump up and yell ‘Hooray’ or cry. I do know I feel relieved. More adventures to explore, plan for all the while being grateful Chris is by my side rooting for me and helping so much. He has been tremendous. ♥️. So I see the light at the end of this tunnel and I think I’ll make my end date- end of February. Yippee! 😊. #moving #oldtonewhouse #purge #toomuchstuff #itshappening #goodfeeling #amyroloffssecondact #livinglife #thememories #roomtomakemore

As Amy is still at the farmhouse on the current episodes of LPBW, Matt has gone ahead and created physical separation between him and Amy. He built “the wall,” a fence between his property and Amy’s farmhouse. On a recent episode, the pair went head-to-head about the wall. “Out with the old and in with the new, and this is what this wall represents,” he told Amy.

The future of Roloff Farms could possibly belong to Roloff twins

Although Amy accepted Matt’s buyout for her share of the farm, he confirmed that the two still co-own a portion of the farm. Once Amy is completely moved out from the farmhouse, they plan to make a decision about what to do with the plot of land they share. The two hope to have one of their children buy it from them.

The proud father and grandfather explains that his sons will have to come to an agreement on that subject. They still have time to do so, but he hopes that they can reach a decision soon. He does, however, take pride in his own farm management, and he seems to doubt that anyone can live up to the standards that he has set. It doesn’t take a lot to guess how Amy might respond to that.

During an Instagram Live, the LPBW patriarch said that only Jeremy and Zach have expressed interest in owning the farm. The two live near the farm and often help during the pumpkin season. We don’t know whether they will buy the land together, separately, or at all. They’re sure that either Jeremy or Zach will do a good job.