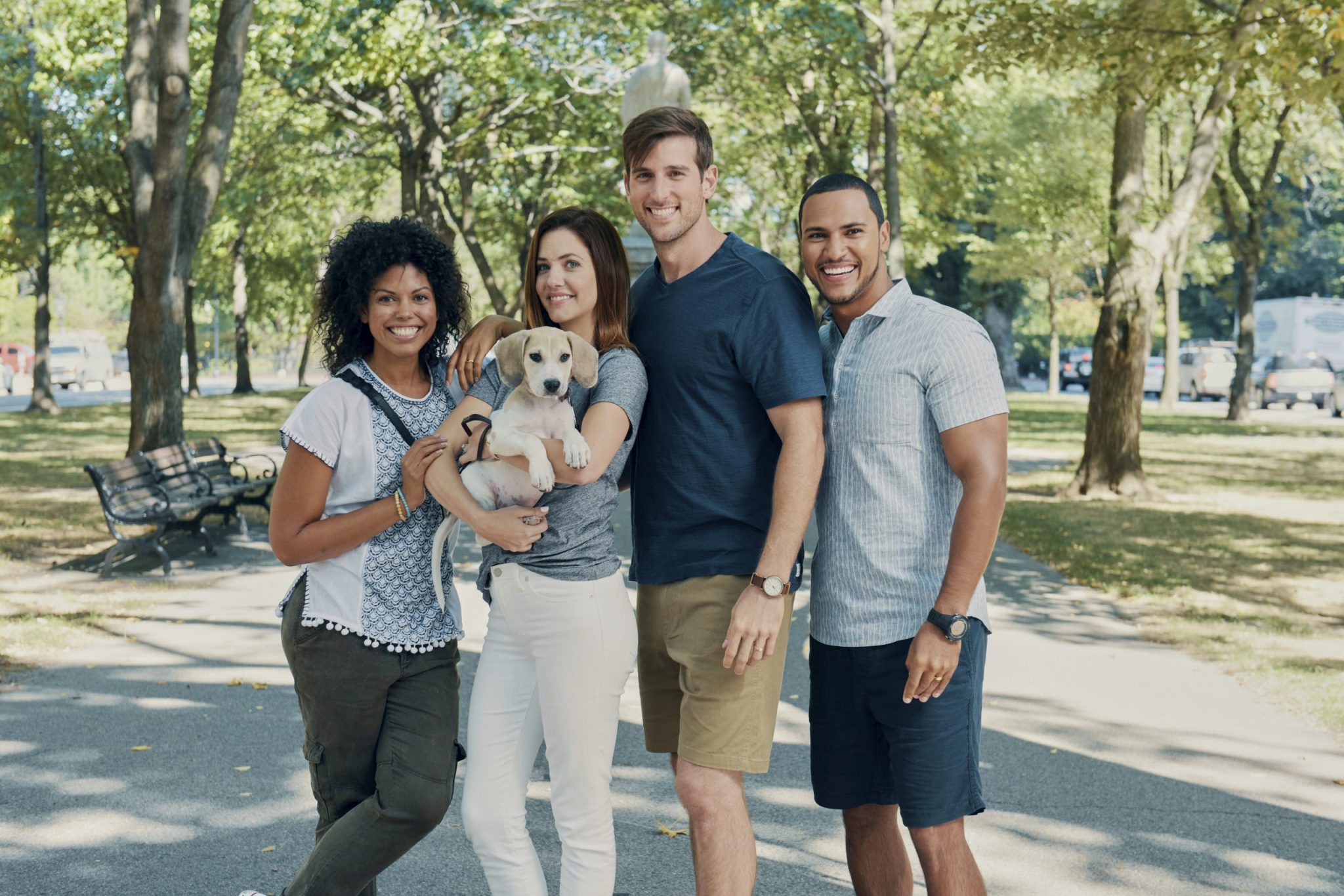 The latest Hallmark debut, How To Train Your Husband, is about a marriage therapist who has her own marriage woes. Starring Julie Gonzalo (Dallas), Jonathan Chase (Love Thy Neighbor), Peri Gilpin (Frasier), Karla Mosley (Bold and The Beautiful), and Andre Hall (Love Thy Neighbor).

What Is Hallmark’s How To Train Your Husband About?

Jillian James (Gonzalo) is a woman who seems to have it all. She is a best-selling author and successful marriage therapist. According to the Hallmark previews, he has ticked off all of her career boxes, but her own marriage to Justin James (Chase) is going nowhere. Funny, she loves to dish out advice, but does she follow her own wisdom? The couple met in grad school, but now, the relationship is suffering.

Jillian goes to her mom, Mona (Gilpin) for marriage advice. Then, she has her pals Nicole (Mosley) and Aaron (Hall) who are the epitome of couples goals. They seem to have uncovered the secrets to wedded bliss.

Mona and Nicole do their best to get Jillian to look in the mirror, and see the error of her ways. But, by the time Jillian realizes that she has taken Justin for granted, it may be too late for her to save her own marriage happiness. In addition, there is an adorable dog in the movie, bringing more happiness and warmth.

The original title of How To Train Your Husband was the clever, but not-so-Hallmark-friendly title, How to Pick Your Second Husband First.

Where Has Karla Mosley Been?

Bold and The Beautiful fans may be wondering where Karla Mosley has been. According to Soaps, the actress who played Maya Avant has been quite busy. Prior to the quarantine, she has been acting in theatre productions. In addition, Mosley has been continuing her web series, Wed-Locked, with her former B&B co-star Lawrence Saint Victor.

When Can You Watch How To Train Your Husband?

How To Train Your Husband Hallmark debuts on Saturday, May 16 at 9 p.m. Eastern time on the Hallmark Channel. Encore showings include Sunday, May 17 at 3 p.m., Tuesday, May 19 at 6 p.m., and Saturday, May 23 at 5 p.m., all times Eastern. Be sure to always check listings in case of a schedule change or additional times.

Don’t forget to catch the Hallmark premiere of Matchmaker Mysteries: A Fatal Romance. This mystery series, which normally airs on the Hallmark Movie & Mysteries channel, stars Danica McKellar and Victor Webster. As TV Shows Ace has previewed, this is the second movie in this delightful romantic mystery series.

Have you been binging on Hallmark movies with your love ones during this time of quarantine? Be sure to check back with TV Shows Ace for the latest Hallmark news. How To Train Your Husband premieres on Saturday, May 16 at 9 p.m. Eastern time on the Hallmark Channel.