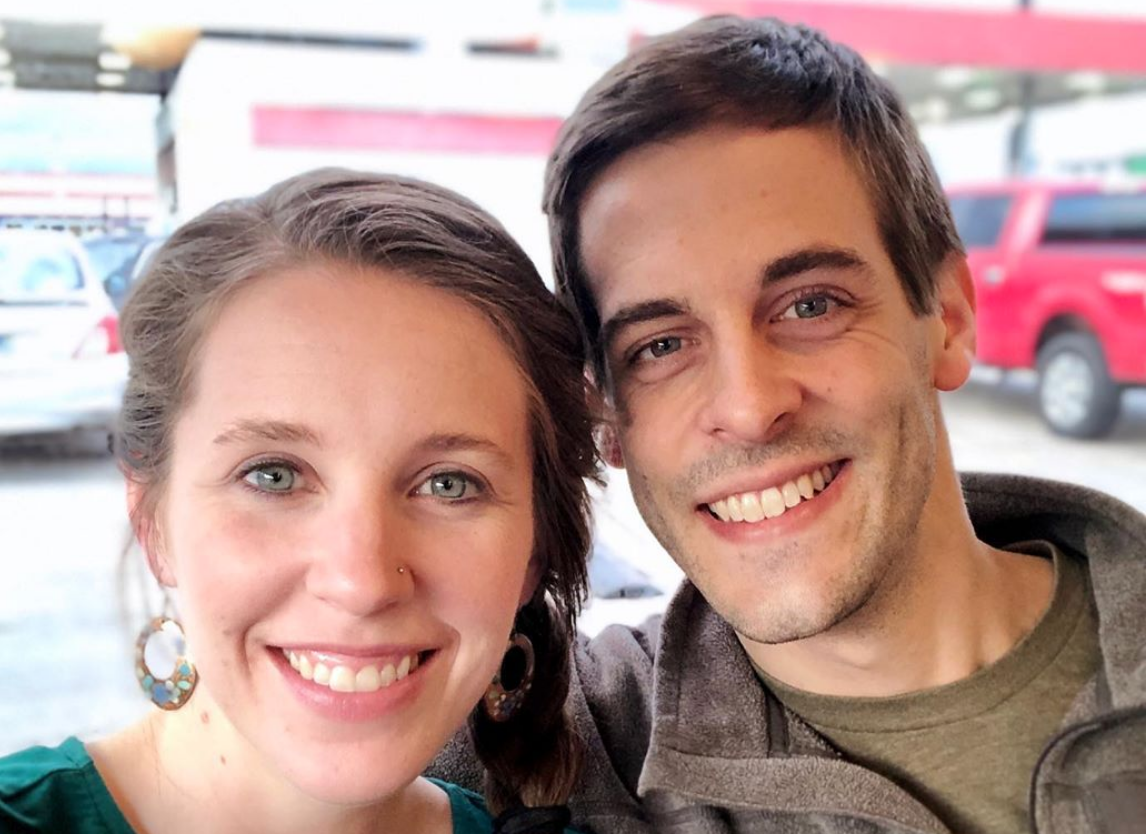 Jill Duggar and Derick Dillard took to Instagram to show off their kids’ bunk beds. The couple has two sons, Israel, 5, and Samuel, 2. In the post, Jill says the boys are thrilled about their new bunk bed. She also shared a picture of them on it together. Israel is on the top bunk and Samuel is on the bottom. Derick posted on Instagram about the bunk beds too. And, the couple even made a YouTube video about it.

In the video, Jill reveals that she wanted wood bunk beds for the kids. So, she has been checking Facebook Marketplace for a good bunk bed. She says they were able to get the whole bunk bed and two mattresses for $80. Plus, they sold some of their old furniture on Marketplace. Some fans are applauding Jill’s good find. She also mentions that they had to put it together without instructions, which impresses some fans.

Since Jill shared her post, Duggar fans have been commenting about the dangers of bunk beds. They are concerned that Jill and Derick’s kids will end up with broken bones. Many of Jill’s followers are even sharing their own bunk bed accident stories. Fans are warning Jill and Derick and telling them that bunk beds aren’t a good idea.

Jill has decided to limit the comments on her post now, likely due to the negative response she received. But, similar comments are still coming in on Derick’s post.

The boys finally got a bunk bed and they’re thrilled about it! 🥳 Check out the video on our YouTube channel or swipe up in my stories for the direct link.⬆️🎬 ❓Do your kids have bunk beds? Comment below. ⬇️ We debated whether it was time to move them up for awhile, but are glad we did now! 🤗 #bunkbeds #boys

One fan asked Jill why they waited to get bunk beds. The family had been thinking about it and came up with pros and cons. Jill reveals that one reason they were hesitant to get bunk beds is because of the dangers. Jill writes, “We were afraid they might get hurt playing on them or roll off or something.”

So, it seems like Jill is aware that her kids could get hurt. But, it appears that the pros outweighed the cons. Because Jill is aware of the dangers, she and Derick took necessary safety precautions to make sure their kids don’t get hurt. In response to a comment, Jill says, “We did make some rules to hopefully keep them safe!”

In the comments section of Jill’s post, Duggar fans are also giving her ideas to keep the boys safe. One suggests tightening any screws and bolts regularly. Perhaps these tips will minimize some of the risks of bunk beds.

So, what do you think of Israel and Samuel’s new bunk beds? Do you think it’s a problem, or do you think they’ll be okay? Let us know in the comments section below.

‘Seeking Sister Wife’ Dannielle Merrifield Age, Height, & More
‘Days of Our Lives’ Week Of April 12 Spoilers: Chad’s Gonna Be A Daddy – Xander Married?
‘Married at First Sight’: Find Out How Much Austin is Worth
Did Robyn Brown Use Her Kids To Get Her Way In Quarantine?
Spoilers For ‘General Hospital’: Ava’s Hopeful, Laura & Scott Connect