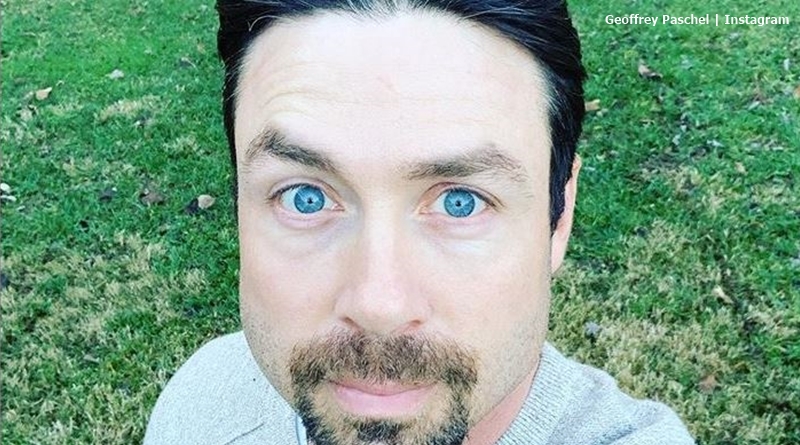 90 Day Fiance star, Stephanie Matto took a break from Instagram. She ascribed that to all the hate from the TLC show. Now, Geoffrey Paschel reminded fans that hateful words can actually kill. These days, Geoffrey’s writing a lot on his social media. It looks like he could easily start writing a book, fans think. But now, he used his writing talent to talk about kindness and trolling during the COVID-19 epidemic.

Stephanie Matto got a lot of hate after the episode showing her and Erika at a party in Australia. TV Shows Ace reported that Stephanie predicted a lot of hate and trolling after the episode aired. And, then she deactivated her Instagram account. Actually, another person from the show also took a break. Blogger John Yates shared that Ash went away from social media “for his mental health.” Alum, Leida Margaretha commented on the news, saying, “They can’t take these crazy *ss people who…so invested their lives into a tv show [to] keep harassing them on social media.”

Leida also noted that trolling and haters cause the cast to suffer “depression, anxiety or even suicidal thoughts.” Well, Geoffrey also knows that Ash and Stephanie took a break and he talked about it on Tuesday night. Certainly, Geffrey knows how much hate gets directed at 90 Day Fiance cast members. Possibly, he got trolled on more than most due to his criminal background. In a long post, he talked about kindness and hate.

Geoffrey Pachel talks about kindness and hate that can kill

In part, Geoffrey’s long post about hate and kindness read, “Your words distinguish your overall character as a person.” He questioned when his followers last said something kind “to a random stranger.” Then, he talked about the two cast members who took a break from social media. As mental health’s so important. Geoffrey felt they did a very wise thing, noting, “some of us have thicker skin and can brush off negativity easier.”
.
The 90 Day Fiance star noted that too many people “don’t comprehend” the damage that words can do.  Then he asked his followers, “do you know that suicide is more prevalent than homicide by DOUBLE here in the US?” And, he pointed out that the ongoing quarantine’s likely to push that figure even higher. Angrily, Jeffrey told off haters and bullies, saying they’re “no better than the hate they [attempt] to spread.”

Think beyond the person haters troll on

Geoffrey believes that haters forget that when they bring negativity, it also affects other people in the lives of that person. He reminded his fans that they should “think about the kids, the parents, the friends…it moves faster than the 6 degrees of separation by an exponential amount.” Finally, he ended with, “be nice, people. Words kill. Even the mighty can fall by only a wisp of wind.” Some fans got exactly what he talked about.

One 90 Day Fiance follower related a tragic story, saying, “My husband’s academy brother and neighboring Deputy just committed suicide… It’s no joke. Words hurt. Bullying hurts. Alcohol hurts. Mental illness hurts. Be kind to everyone. Reach out and check on your friends, neighbors, partners, etc. make sure they are okay and say something kind!”

When was the last time you said something kind to someone close to you? How about a random person you have encountered along your daily journey? How about someone you only know from TV? I am extremely interested in all of these answers because in reality, they are all equally important. Your words distinguish your overall character as a person. . We have lost two castmates from this season so far. When I say “lost,” I mean they both took time off because their mental health was more important. I hope they know how commendable and intelligent that decision is. Even WITH the overwhelming, positive support of many, they chose a respite. Some of us have thicker skin and can brush off negativity easier. This is only due to prior experiences in life or just the ability to separate the positive and negative interactions. By no means does this mean any of us are mentally stronger than the others. . We are all HUMAN and so many people don’t comprehend that words can damage so much more than actions. Do you know that suicide is more prevalent than homicide by DOUBLE here in the US? This statistic will only increase with the ongoing quarantine. How many people have you lost around you due to this? . The “haters,” or ever better, bullies, out there are no better than the hate they are attempting to spread. I can speak for myself easily, but my point doesn’t lie merely with me. We, as people, focus on the negative stuff SO much more than ALL the positivity. Trash talk sells no matter if it is true or fabricated. Train wrecks draw people like flies to shit. THIS is completely wrong and will lead to the detriment of so many people. . When I write, I want to make a difference and I ALWAYS do. Every time I post something, I am affected and a difference is made—within me at the very least. When negativity is disseminated, it affects the people who care about that person as well. Think about the kids, the parents, the friends…it moves faster than the 6 degrees of separation by an exponential amount. . It’s easy to gloss over all the support by dwelling on just a handful of the negative interactions. Be nice, people. Words kill. Even the mighty can fall by only a wisp of wind…

Do you agree that kindness can save a life, and hate can tip people over into suicidal depression? After all, as Geoffrey from 90 Day Fiance suggests, it’s not hard to say something kind to “a random stranger.” Sound off your thoughts in the comments below.