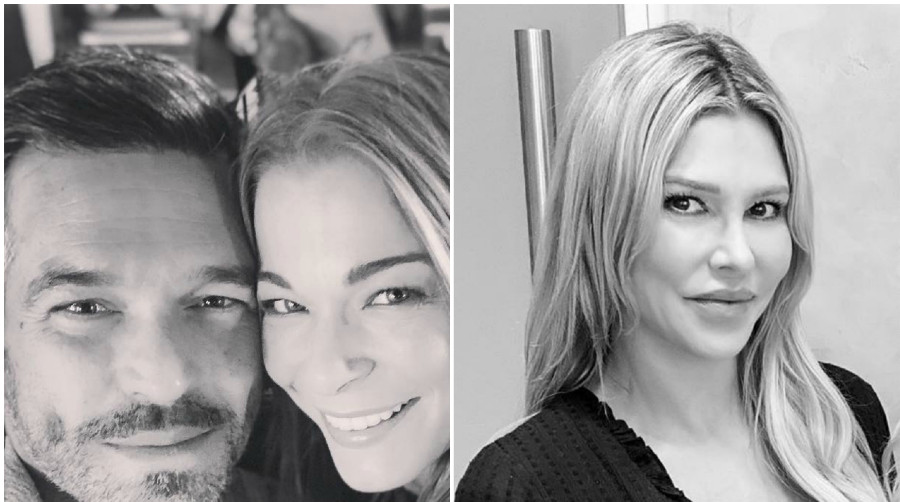 The Real Housewives of Beverly Hills alum Brandi Glanville may be feuding with Denise Richards at the moment. But she hasn’t forgotten ex-husband Eddie Cibrian and LeAnn Rimes.

The former model is doing her best to co-parent with her ex and his new wife. However, don’t get it twisted – they’re not BFFs, by any means.

The end of the RHOBH star and Eddie’s marriage is practically gossip magazine lore at this point. Back in 2009, Eddie was caught canoodling with Northern Lights co-star and country singer LeAnn Rimes. He divorced Brandi soon after and married LeAnn in 2011. The couple have been together ever since.

Brandi, on the other hand, has been tweeting about it ever since.

In fact, she took to Twitter after Christmas to clarify that she didn’t spend the holiday with her ex and LeAnn after posting a group photo from the gathering, TV Shows Ace reported.

Rather, RHOBH‘s Brandi said she ran in for a few minutes to pick up her kids and snapped the quick photo. Eddie and Brandi share custody of their two sons, Mason and Jake.

Report: Brandi Will Never Be ‘Best of Friends’ With Her Ex and LeAnn

While things are thawing enough that the RHOBH star can be in the same room as her ex and his new wife, don’t expect them to be friends. Sources tell Hollywood Life that Brandi, Eddie and LeAnn “don’t get along” but try their best to co-parent.

The source notes that they’ve all come a long way from 2009, but “they live very different lives.” Eddie and LeAnn live a quiet life at home. Brandi, on the other hand, has a larger-than-life personality and speaks exactly what’s on her mind.

In fact, the source reports that Eddie and LeAnn wish Brandi would “scale it back sometimes” but otherwise, they let her behavior roll off their backs.

Like Brandi recently calling her ex out on Twitter for not amending the custody agreement during the coronavirus quarantine.

RHOBH Star Hates Being Without Her Kids

Last month, Brandi took to Twitter to call out Eddie and LeAnn for keeping the kids away from her during the scary and uncertain coronavirus pandemic.

TV Shows Ace reported that Brandi tweeted that the custody agreement was the reason why she was away from her kids when she didn’t want to be. However, she then took it a step further and implied the couple weren’t being “truthful” with her about seeing the kids.

Brandi never clarified what, exactly, they supposedly lied about. However, she is once again missing her sons while they are their dad’s. She tweeted a suggestion that single parents start a club so they won’t be alone when the kids are with the other parent.

I want to also say to those single parents that share custody and are completely alone once your kids go to the other parents house Im their with you and I think we should start some sort of club !!!!

Tell us in the comments if you think Brandi should move on already.

The Real Housewives of Beverly Hills Season 10 airs Wednesdays on Bravo. Brandi will appear in a guest role at some point this season.