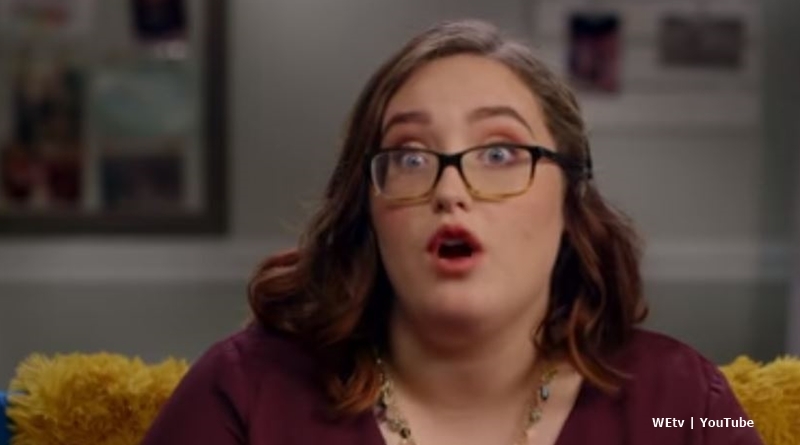 Mama June From Not To Hot, Family Crisis airs on WEtv at the moment. Fans see that Alana went into the custody of her big sister, Pumpkin. Fans also know that June abandoned Alana and went off with Geno Doak. Sugar Bear allowed Alana to go into the custody of Pumpkin. Mind you, Sugar Bear’s new wife, Jennifer objects now and wants Alana in their place. Now, it turns out that Pumpkin and Josh got booted from their home after defaulting on rent.

Mama June’s daughter Pumpkin and Josh get an eviction notice

TV Shows Ace reported that Jennifer wanted to get custody of Alana back. Recall that Mama June sold her home for next to nothing, and took off with Geno Doak in an RV. Pumpkin’s a young woman and has a young child herself. But, she’s fighting Sugar Bear’s wife for retaining custody. But in real life, they struggle financially apparently as Pumpkin works at Walmart. The couple’s not wealthy, and it looks like one of the few cash-earners is Alana, aka Honey Boo Boo.

According to a report by Katie Joy on Without A Crystal Ball, Josh and Pumpkin got an eviction notice for non-payment of rent. That came in September. He failed to respond to the notice and they then got the boot in October. Katie got her info directly from the court filing. It seems odd that the reality TV couple should struggle to come up with the defaulting amount of around $1,200. In the meantime, Mama June, Alana, and Pumpkin hustle for an income making Cameos. So it’s not clear who WEtv pays any money to for the Mama June: From Not To Hot series.

Alana’s mom abandoned her, she’s with her sister Pumpkin, who struggles for cash

Fans are convinced that Mama June makes really strange decisions. It could be that she changed her food addiction for drug addiction. Fans saw June in the last season looking worse for wear. She also got arrested with Geno for drug paraphernalia. While the family all complain about Geno Doak, Katie Joy reasons that June might be an addict, but she’s capable of making decisions about her family. After all, everyone’s blaming Geno. But, June’s also got a mind. Maybe she willingly adopted her new lifestyle.

The tragedy of this all means that Pumpkin’s still young. It’s rather unfair on her that she now holds the responsibility for her sister. In the show, Alana’s totally distressed about her mom. Fans of Mama June: From Not To Hot, see her struggling with abandonment. And, for all Pumpkin stepping up, she’s still so young. How does she cope with it? Evicted, a missing mother, and clashes with Sugar Bear’s wife can’t help her right now. And, the whole giant mess plays out on national television.

WEtv doesn’t educate about the dangers of drug addiction

What do you think about Pumpkin shouldering this massive responsibility of raising Alana? Really, do you think that Mama June: From Not To Hot could do more to address how drug abuse can destroy people? Rather, they focus on the drama for the ratings. Some fans think this whole series plays on the vulnerability of Alana and her big sister, Pumpkin. What are your thoughts? Sound off in the comments below.

‘Sister Wives’: Are Kody & Robyn Brown About To Be Homeless?!
The Winder Family Shares ‘Seeking Sister Wife’ Season 4 Update
Is That Ava Or Olivia Busby’s Squishy Face? Fans Still Have No Idea
‘General Hospital’ Spoilers, June 11-14, 2021: The Race To Save Chase
What’s Going On At Kanye West’s Los Angeles Residence?!