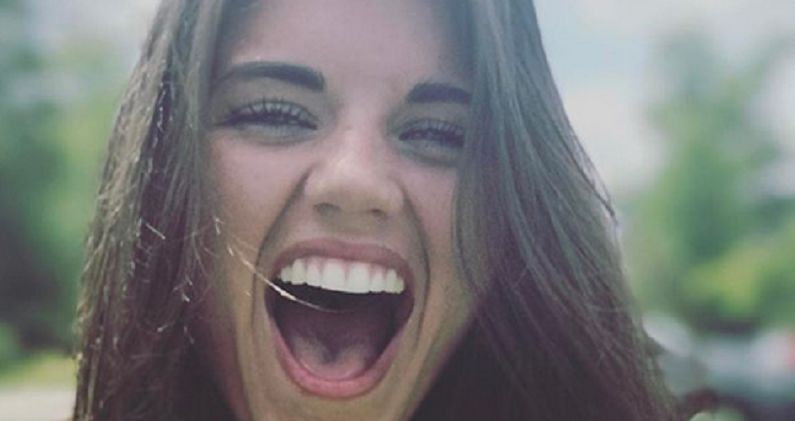 Madison Prewett chats with Kaitlyn Bristowe on her Off the Vine podcast about The Bachelor finale. She reveals that she “never cried harder” than when Peter Weber’s mom, Barbara, confronted her during the awkward live finale. If there is one thing Madison could go back and do over, she wishes she could apologize to Barbara.

Bachelor Nation is still talking about the finale back in March. This is because Barbara felt that Peter and Madison’s relationship would “fail.” Madison talks to Kaitlyn about how she was feeling in that moment. She gets pretty honest and open about it all.

During Kaitlyn’s Off the Vine podcast, Madison Prewett reveals that Barbara stole her and Peter’s moment to reconnect and figure out their relationship. Madison felt defensive and wasn’t in the mood for Barbara’s remarks. It was after the finale that she broke down, according to Us Weekly.

“I wish that I would have just apologized and been apologetic in that moment,” Madison explains. “I think I was so taken back and I was so hurt by the things that were being said to me in this time that was so beautiful for me and Peter.”

Peter and Madison wanted to fight so hard to make their relationship work. They wanted to see where things would take them. Madison feels that Barbara stole that opportunity away from them. She says, “I walked off that stage and I had never cried harder in my life.”

Madison says that she meant no disrespect to Barbara. She was being honest and true to her feelings. The reality star also understands where Barbara was coming from since she and Peter have different backgrounds and values. Madison reveals that Peter and her talked about seeing his family again.

But wait. Madison Prewett is spilling even more tea. According to Access Hollywood, she reveals that Peter wanted to be with her just days before he reunited with Kelley Flanagan. Keep in mind that Peter and Madison split two days later after the finale. Madison feels blindsided by his decision to move on so quickly.

“I was definitely hurt and thrown off by that whole situation,” Madison says. “I want the best for the both of them, but I definitely was thrown off.”

Madison shares that Kelley was best friends with her. They talked all the time. It was confusing because Peter reached out to her just two days before he was spotted with Kelley in Chicago. Not only did Madison’s ex-boyfriend hurt her feelings, but so did her best friend. Ouch.

Madison says, “To be honest, what was really confusing to me was that two days before he was spotted in Chicago, he was calling me and texting me like, ‘I miss you, let’s get back together!'” She’s being a good sport about it, though. Madison feels that everyone handles breakups differently. As for her, she focuses on herself and makes sure that her “heart is in the best place possible.”

Peter eventually spoke to Madison after he was photographed with Kelley. Madison says that he tried to explain himself with a wall of text. But it just left Madison feeling even more confused. This comes after Peter denied the dating rumors. So, who knows what’s on Peter’s mind at this point?

Kailyn Lowry Opens Up About Weight Gain And Nasty Comments She Receives
‘My Feet Are Killing Me’ Season 3: Release Date, What We Know
Lauren Burnham Battling Intense Breast Issue While Caring For Twins
YUCK!! What Has Savannah Chrisley Done To Her Face?!
Josh Duggar Prohibited By Court From Seeing His Sister Jessa’s New Baby