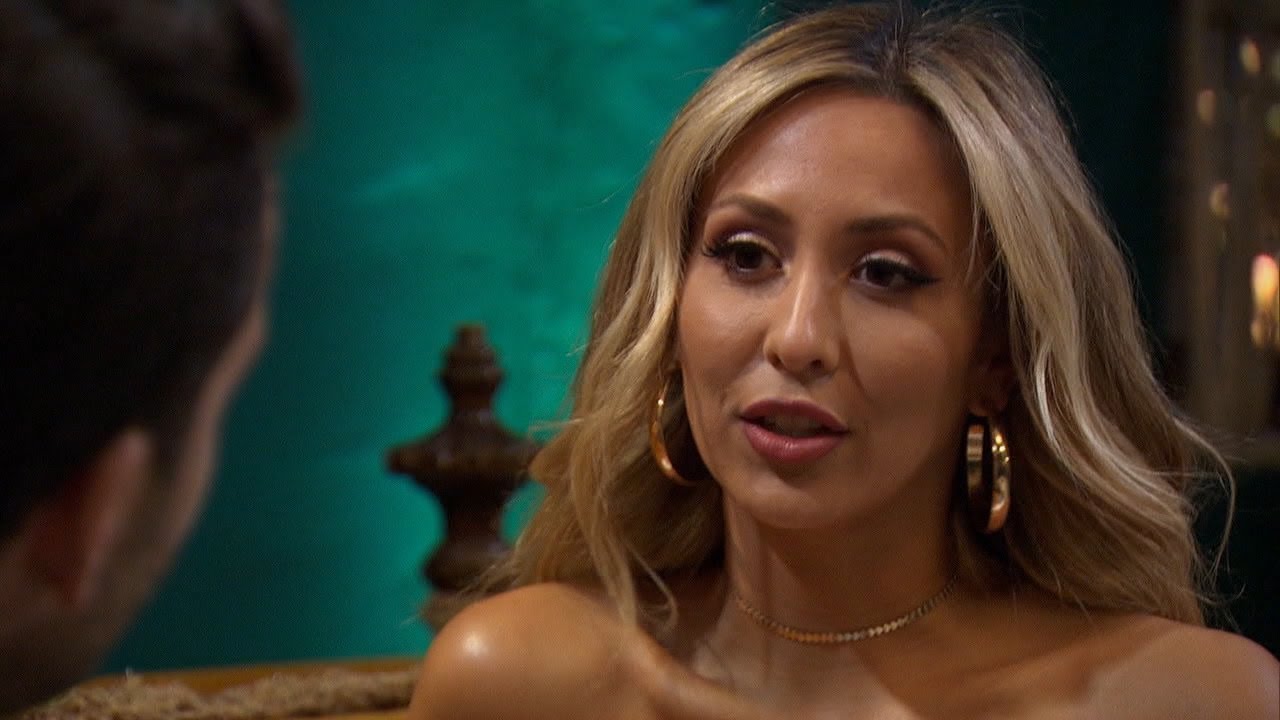 Fans of The Bachelor and The Bachelor: Listen to Your Heart have grown to expect cheating and drama among the singles. However, Natascha Bessez is having none of it. During the episode on Monday, she saw Trevor Holmes and demanded answers.

Listen to Your Heart: Natascha demands the truth from Trevor

The pop singer, 32, explains that she was friends with his ex-girlfriend Sierra Nielsen. She was told that he cheated and lied to her. Trevor admitted to “emotional cheating.” Natascha said she was trying to protect Jamie Gabrielle, who was becoming close with Trevor. So, Trevor admitted his past to Jamie. Both Jamie and Trevor agreed to move forward. Jamie said she would not hold it against him since it happened more than a year ago. Natascha said she didn’t come into Listen to Your Heart knowing that Trevor was on the show.  However, once she put two and two together, she felt compelled to speak up.

Fans of Listen to Your Heart have been wondering since the episode aired, why she decided to confront Trevor. Natascha has said: “I think when you really care about women that have been betrayed and hurt in the past, it kind of strikes a chord with you, because I feel like it’s happened to all of us.” She said you wouldn’t want that to happen to your sister or best friend, so you know you have to do something.

She goes on to explain she was defending her friend, who Trevor hurt badly in the past. She says she cares deeply for her and just concerned about how easily someone can be manipulated by someone who is a pro at it. “This guy is a pro at it and it’s just crazy to me how he can come on a show like The Bachelor: Listen to Your Heart, being, like, ‘I’m looking for the love of my life and to settle down,’ when it’s like, ‘Dude, you’ve been doing this consistently.’”

She has now publicly said she thinks Trevor is a serial cheater and a pathological liar. She’s now taken it upon herself to warn these ladies that have come on on the show to be aware of Trevor. She feels like if she waited until the end Jamie would have said you knew something and didn’t say anything.

The Bachelor: Listen to Your Heart airs on ABC Mondays at 8 pm. E.T. Follow TV Shows Ace for more on The Bachelor.

A Big Duggar Announcement Could Be Coming Soon – What Is It?
‘The Bold And The Beautiful’ Spoilers, June 11-14: Liam Begs For Help
Nick Viall & Natalie Joy Take Huge Step In Relationship
‘Sister Wives’: Are Kody & Robyn Brown About To Be Homeless?!
Joy Forsyth’s Son Gideon Goes From Excited To Terrified In Sweet Video