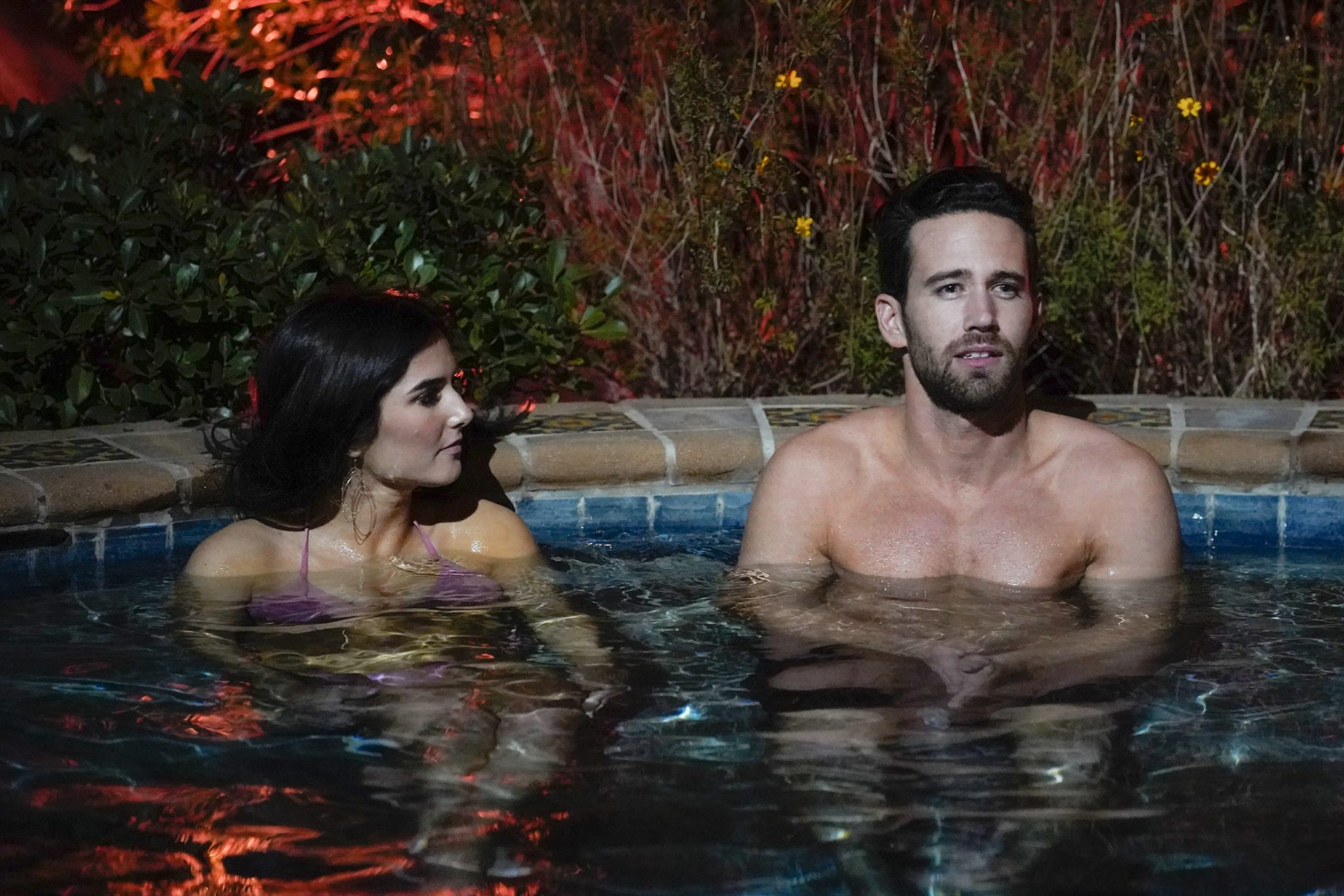 It’s only the second week of The Bachelor Presents: Listen to Your Heart and the drama is already unfolding. Newcomer Natascha is set to cause trouble for Trevor by revealing his lying and cheating ways.

Entertainment Tonight reveals that Natascha knows one of Trevor’s ex-girlfriends. The split wasn’t on great terms, and naturally, Natascha was going to side with her friend. Great girlfriends will always stick together.

Trevor Is a Liar and a Cheater

According to the sneak peek for the episode, Natascha views Trevor as both a liar and a cheater. She wants him to own up to it on The Bachelor Presents: Listen to Your Heart. Of course, that’s the last thing he wants to do.

It all starts when Trevor acknowledges that he knows Natascha. He just can’t figure out where from. Natascha wastes no time, offering to head somewhere private to chat. She isn’t going to reveal the dirty secrets in front of the group just yet. However, the women in the room certainly feel the tension. Trevor tries to avoid the talk, but the Listen to Your Heart newcomer isn’t going to let him get away with things that easy.

She gets the chance to confront him about the lying and cheating from the past. Initially, Trevor tries to deny it but does admit that he emotionally cheated. He doesn’t want to get into the details this early on in the competition.

This audition seems to resurface a lot in my life. It’s crazy how a moment in time can affect your life so drastically. One door opens and then closes and then leads to another door and so on. Just have to keep walking through the doors that are open and eventually it all starts to make sense. Anyways, I’ve never posted this part of my american idol audition, so if you follow me and for whatever reason haven’t seen it, here ya go 😂🙏🏻 To answer the questions I get most often, no this audition wasn’t scripted. And no I do not still talk to @katyperry but hopefully I’ll be opening for @lukebryan in the near future 🤠

Trevor Is ‘Blindsided’ on Listen to Your Heart

The accusations come as a surprise to Trevor. Is it the fact that someone knows his past or that someone is willing to bring up his past? That’s not exactly clear, but he certainly looks surprised in the sneak peek when Natascha initially brings up the cheating.

This isn’t Trevor’s first rodeo. According to ABC 7, he had previously been on American Idol. It was way back in the first season that aired on ABC. This is how he believes ABC initially picked him. He didn’t purposely seek out another reality TV show. Had he known a friend of an ex would show up, maybe he wouldn’t have agreed to the show at all. However, something that he does admit is that the episode will be juicy for the fans.

The first episode was a little tame for The Bachelor. This is a new show, so fans of Bachelor Nation as a whole will give it time. This episode could be just what Listen to Your Heart needs.

The Bachelor Presents: Listen to Your Heart airs Mondays at 8/7c on ABC.