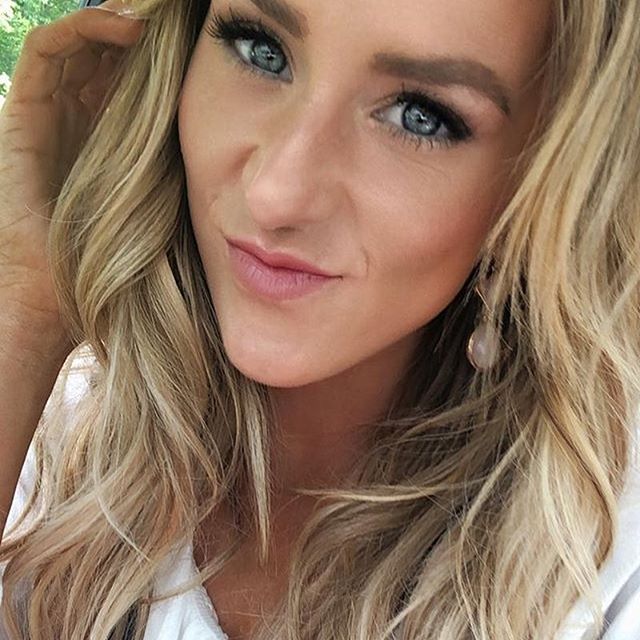 ET gets an exclusive interview with Teen Mom 2’s Leah Messer. This interview is on the heels of the release of her memoir, Hope, Grace, & Faith.

Like many of the alum from the MTV franchise 16 and Pregnant, Leah Dawn Messer’s been in the public eye for many years. Leah is from Elkview, a small town outside of Charleston, West Virginia. Seemingly, from the outside looking in, Leah has it all. She’s a cheerleader and appears well-liked by everyone. Contrary to what it looks like, Leah’s memoir paints a different picture.

During her interview with ET, Leah openly speaks about opioid addiction, contemplating suicide, and a secret abortion.

Leah on Addiction and Mental Health

Fans remember viewing Leah nodding off on camera. Leah tells ET that her management and MTV stepped in to help her. Notably, Leah mentions that she thought she could recover without help. Furthermore, she notes feeling like there is a “stigma” in asking for help. Remarkably, Leah begins writing Hope, Grace & Faith while seeking treatment in Arizona. She says, “It was also very therapeutic for me to write. To kind of just go back to those days and connect with those emotions. It was like a very healing process.”

Heartbreakingly, Leah recounts the realization that when she had suicidal ideations is when she recognized she had a bigger problem. Her message to everyone regarding her vulnerability towards this topic is clear. “I don’t want anyone else to feel alone. I don’t want anyone else to feel ashamed of their story.” She goes on to say, “If I can save one life from addiction, one life from suicide, that’s where my heart is.”

Fans know Leah’s been married twice before. In her book, she admits that she had an abortion while she was dating Jeremy Calvert because she still had feelings for Corey Simms. Teen Mom 2 portrays the abortion as a miscarriage. Shockingly, Leah says, “I don’t regret any decision that I’ve made because it has made me the person I am today.”

But how does ex-husband, Jeremy feel about the abortion bombshell? Jeremy tells The U.S. Sun, “Eventually she did tell me the truth and it was upsetting to hear.” Very maturely he goes on to say, “We’re co-parenting now. No need to bring up hurtful times in the past.” Jeremy even recognizes and appreciates how Leah’s learned from her mistakes.

Ending on a positive note, Leah discusses being single. She says, “I’ve definitely learned, as far as, codependent relations, being okay with just me.” Seemingly with pride, she goes on to say, “I always said if there’s one thing, I wanted to give my kids the life I didn’t have. And I’m doing that.”