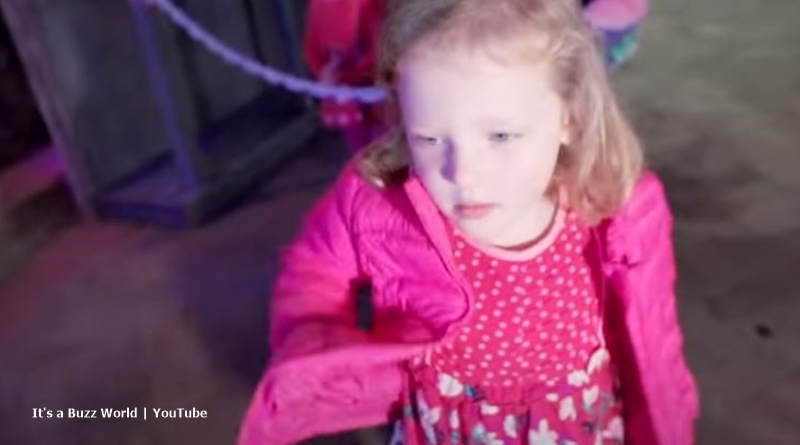 OutDaughtered mom, Danielle Busby predicted the careers for her daughters in May last year. She noted that Parker Kate could end up as a “makeup artist/fashion designer.” And, it looks like that still holds accurately to her personality. Fans now agree that she could actually end up as a model. And, knowledge of makeup and fashion certainly helps aspiring models.

OutDaughtered mom, Danielle Busby probably got it right with Parker

TV Shows Ace reported that when Danielle made her prediction about the kids, she voted for big sister, Blayke becoming a veterinarian. But, we also reported in another article, that it looked more like Riley fits the role. After all, Riley, slated as the president of the USA seems more interested in collecting lizards these days. Fans felt she’d best end up as a veterinarian or working in wildlife conservation. But with Parker, Danielle maybe read her daughter right.

Outdaughtered parents, Adam and Danielle often share photos and videos of the kids. More and more these days, it looks like Parker’s overcoming her anxiety. Still slow to smile, she seems more confident. At one stage, they became so concerned that Adam took her to an occupational therapist. Many fans felt it so wrong that Parker should feature in front of the cameras. After all, she clearly hated the invasion of her privacy. But, with nurturing by Adam, she now looks more settled. And, fans noted she could end up being a model in the future.

Adam Busby took to his Instagram recently, just after the quints’ birthday. He shared a photo of the kids all lined up with their electric scooters. Adam captioned it with, “We run these streets now!✌🏼.” Then he added the hashtag, “#scootergang.” Fans thought the kids all looked totally adorable. But, on the left, clearly self-composed and stylish, Parker stood flashing a “peace” sign. Many fans noted that. One of them commented, “PK showing some attitude, which is rare for her. Love it.” But another one noted, “PK with the peace sign! Girl is rocking it.”

One follower of the OutDaughtered family wrote, “Parker is a real model. She looks awesome when she poses.” And, it’s not the first time that fans spoke about Parker potentially entering the modeling world in the future. Cheatsheet picked up on that on Danielle’s birthday post a few days before Adam’s photo. There, posed in Graeson Bee outfits, Parker also carried it off. One fan said, “Parker is model status!! Love watching these girls grow up!'” Another person noted, “Parker looks like a model.”

🦋HAPPY 5th BIRTHDAY 🦋to my miracle babies. You all make me smile, laugh, cry and loose my mind all in one day 🤪 I LOVE EACH ONE OF YOU TREMENDOUSLY and I am so BLESSED to be called your Mommy / Mama / Mom. Ava – I love how lazy and goofy you have always been. Olivia – I love how you are on a mission everyday to make whoever is around you laugh. Hazel – I love that you are so loving and how you love to repeat everything like Yeah Yeah from Sandlot. Riley – I love that you are so strong willed and the older you get, the more & more I feel like you are more like me. Parker Kate – I love that you have the best smile ever and that you think you are the “big sister” when you are actually my baby baby. LOVE YOU MOST my baby girls 😘 #happybirthday #itsabuzzworld #busbyquints #busby #graesonbeeboutique #buzzworldshop #outdaughtered

What do you think about fans suggesting that one day Parker Kate might end up as a model? Do you agree that the Outdaughtered mom totally read her daughter accurately in May last year? Sound off your thought in the comments below.

How Kim Kardashian Is Getting Her Divorce Revenge Body
‘OutDaughtered’ Fans React To Parker Crushing Her Fears
‘American Idol’: See The Stiff Competition Between Cassandra & Celeste
‘Below Deck’ Fans Had A Lot To Say About Elizabeth’s Reunion Look
Matt Roloff Reveals His Cabin In The Woods (Pictures)