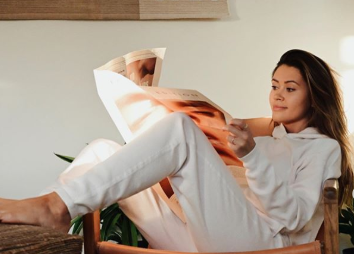 Colton Underwood released a book and told a lot about his season of The Bachelor. In his memoir, “The First Time,” he revealed information about his life and his feelings about how his season went down. One of the big storylines of his season was the feud between Caelynn Miller-Keyes and Hannah Brown. To her surprise, Caelynn got sent home after hometowns. She’d spoken to Cassie Randolph about her relationship with Colton being further along.  It came as a shock, because she believed in her connection with Colton.

As Bachelor fans know Caelynn Miller-Keyes went on to find love with Dean Unglert. Hannah Brown went on to be The Bachelorette and is currently single. While Caelynn is friendly with both Underwood and Cassie Randolph, the winner, Dean Unglert does not appear to be impressed. In fact, he doesn’t think Underwood should have mentioned his lady love in his memoir.

What Did Dean Unglert Say About Caelynn Miller-Keyes Being In The Book?

Colton Underwood talked about Caelynn Miller-Keyes’ feud with Hannah Brown in the book. He said they knew each other from before and Miller-Keyes told him Brown felt jealousy, because of her success. He said, “from what they told me off-camera, their problem had to do with a tasteless joke about a serious matter related to one of their family members. I won’t say anything more. The tension of being on the show together opened this old wound and cast a dark cloud over the entire week.”

Unglert spoke out about this on his podcast, Help! I Suck at Dating. He said, “I think it’s kind of silly and a little unfair to the people he’s mentioning in the book.”  His co-host asked him how he felt about Caelynn Miller-Keyes’  name being mentioned. He said Underwood possibly was writing about things he shouldn’t.

Happy birthday to this incredible man. You never cease to amaze me. Thank you for putting a smile on my face (and Pappy’s) every single day ❤️

What Did Caelynn Hear About The Book?

Unglert went on to say Caelynn Miller-Keyes had received private messages about the book. He said she didn’t ask for it. Dean said if he was going to write about her, he should have let her know or gotten her permission.

He said, “I have specific feelings about this that go beyond her,” according to The Cheat Sheet. There wasn’t a large portion of the book covering Caelynn. Unglert’s co-star argued it wasn’t detrimental to her character. Unglert still didn’ t think Underwood should have written about her at all. Miller Keyes hasn’t responded, but fans are following along to see if Colton responds to Unglert’s annoyance.