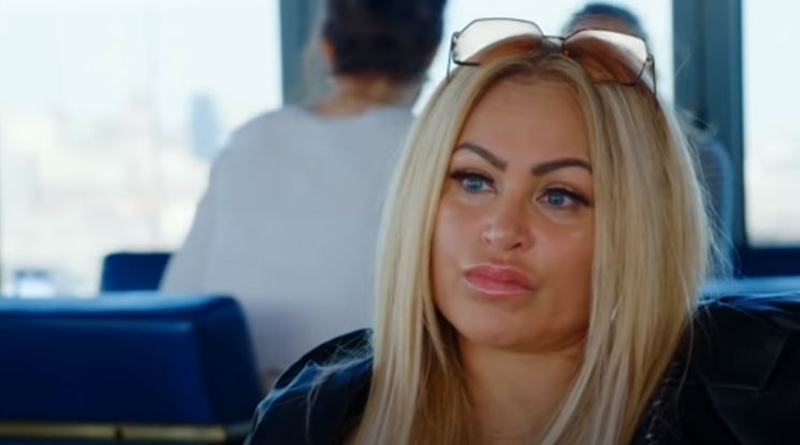 90 Day Fiance fans were promised ahead of the new season of Before The 90 Days, that Darcey wouldn’t cry as much as usual. Darcey made the grand announcement in an interview. Actually, in the current season, Darcey looks a little bit less vulnerable. In fact, she’s really proud and feels “empowered” about the breakup from Tom.

Plenty of fans of the franchise hated the idea of Darcey back on another season. After all, they watched her cry her way through two seasons of Jesse and one with Tom. But, she returned again and this time fans saw her break it off with him. Ahead of the premiere, she told her fans that she’s not so “desperate,” these days and promised fewer tears. She didn’t deny some tears – that would be so not Darcey – but she suggested only a few “happy tears.”

The idea of a “happy” Darcey seems almost beyond imagination for fans of the show. When Darcey’s not looking like a bag of tears waiting to explode, she looks insecure. Or, she pushes wanting a ring on her finger way too much. It seems it’s all or nothing for Darcey Silva. When she pushes too hard, it blows up in her face. And out come those tears, which 90 Day Fiance fans find particularly irritating. After all, she’s not a teenager anymore, they think.

Fans saw Tom really horrid to Darcey and she walked out

On April 5, fans saw Tom and Darcey fall out. After their argument intensified, with both of them scrapping it out, Tom made a comment about Darcey putting go weight. Fed up with him and insulted, Darcey walked away. In the exchange, she said, “Enjoy your life.” That came as she turned and strode away from him. A bit immaturely, Tom quipped, “I will now that you’re not in it.” Tom got some backlash for body-shaming Darcey, so he later apologized on his Instagram.

For all his apologies, Tom probably became just another hated member of the 90 Day Fiance franchise. He clashes with bloggers and fans these days. Of course, Darcey’s fans, and she accumulated many, slammed him for his attitude. Interestingly, Darcey never responded to his online apology. She spoke with Hollywood Life about that, saying she won’t respond to that “on social media.” But, she told the outlet that she appreciated his apology anyway.

Darcey felt empowered as she watched the show

During her interview with Hollywood Life, Darcey, like the fans, also watched the breakup episode on 90 Day fiance. She acknowledged that both of them said some nasty things to each other and put down to being on a  bit of a “power trip.” In her interview, she spoke about feeling strong. She told HL, “I felt good walking away. I needed to do that for myself.” Plus, she said, “I felt really empowered, and I wasn’t going to get shot down.”

What did you think about Darcey walking out during the argument with Tom? Do you think she looked more controlled than usual? Sound off in the comments below.

Is Lifetime’s ‘Secrets Of A Marine’s Wife’ Based On A True Story?
Did Hazel Busby Miss Invention Camp After Enjoying Daddy Camp?
‘Days Of Our Lives’ Week Of June 21 Spoilers: Brady Busts Nicole – Dr. Snyder Dead?
Fans Freak Out Over Kendra Caldwell’s Mom Christina’s Photoshoot
‘Love After Lockup’ Spoilers Update: Are Rachel And Doug Still Together?