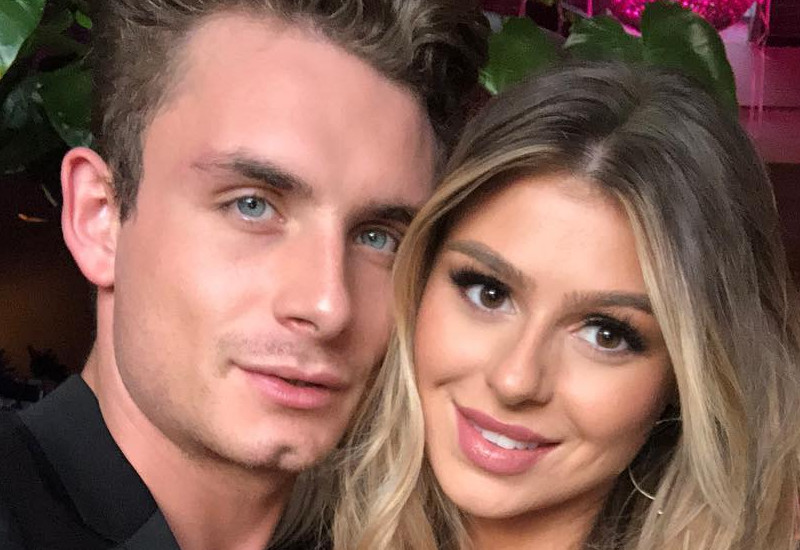 Vanderpump Rules stars Raquel Leviss and Lala Kent are getting along again… for now. As TV Shows Ace reports, the two clashed on a recent episode of VPR. However, the show films months in advance and Lala apologized for the way she treated Raquel.

Lala and her fiancé, Randall Emmett, host a weekly podcast. Raquel dished on all things James Kennedy on this week’s Give Them Lala…With Randall.

Raquel Reveals How She Met the VPR DJ

Raquel first appeared on Vanderpump Rules in Season 6 in a guest role. Her role was increased to recurring during Season 7. She continues in a recurring role after getting hired at SUR.

Since Raquel was already dating VPR star James Kennedy before she began appearing on the show, fans may not know their meet-cute. During Lala’s podcast, Raquel reveals exactly how she met the DJ.

According to Raquel, while dining at PUMP, another of Lisa Vanderpump’s restaurants, her table was located next to the DJ booth. She tells Lala she thought James was “so cute.” Single at the time, Raquel approached the DJ booth to request a song.

Raquel relays James’ response. “‘I don’t normally take song requests but for you I will.’”

James’ British accent was so thick that Raquel thought he was faking. She quips that he “amps up” the accent depending on who he’s talking to. How did the couple get from a song request to a relationship?

Leave it to Lala to ask the question everyone wonders but no one will ask. The VPR star asked Raquel point-blank if she hooked up with James that night. Raquel shyly admits during the podcast that yes, they hooked up.

But it wasn’t supposed to mean anything, Reality Blurb reports. According to Raquel, James invited her and her sorority sister to another gig after dinner. Raquel went, intending the encounter to be a “one-night stand.”

At the time, Raquel was in college at Sonoma State University in Northern California. Despite Raquel’s intention to hit it and quit it, the couple began a long-distance relationship.

Is Marriage in the Cards for the VPR stars?

The couple has been dating for three years now. They live together and share a Toy Goldendoodle named Graham.

While the couple have hit some bumps, such as accusations that James cheated on her, they remain together. Lala asked Raquel if she sees her and James getting married.

While Raquel says she “definitely” sees marriage in the future, they aren’t in “a rush” to walk down the aisle. Raquel says she’s still “really young.”

Have you heard the new episode of GIVE THEM LALA… with Randall? We have @raquelleviss as our guest and she spills all the tea about how she met James, what it’s like being on VPR, and how she stays so calm & cool ♥️

This weekend was supposed to be Lala and Randall’s wedding. The wedding will take place in July instead. TV Shows Ace reports that Randall gave Lala flowers and a sweet note to mark what should have been their wedding day.

Tell us in the comments if you see Raquel and James getting married someday.

Vanderpump Rules airs every Tuesday on Bravo. James is in the studio with Lala on the next episode.