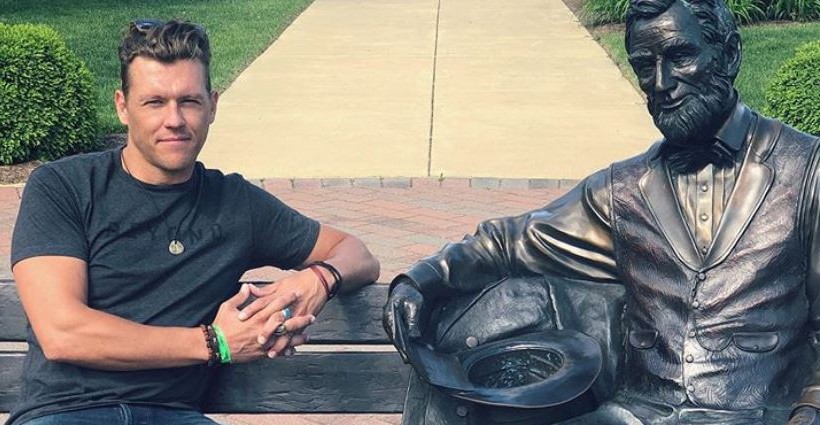 The Bachelor: Listen to Your Heart premiered April 13. Many fans were skeptical about this unique spinoff. However, now that the premiere episode has aired, just as many are loving it. And, one particular contestant is already getting plenty of attention from fans and the ladies on the show. Brandon Mills has at least two of the ladies already swooning.

Brandon has the ladies attention

People shared that Brandon is a “hot commodity” on Listen to Your Heart. The 34-year-old hot former marine is already fielding advances left and right. The folk pop singer has caught the attention of Savannah McKinley. However, in one clip of the show Brandon’s talking with Savannah. He says, “I’m still on the fence with some of these women. It’s hard for me to have a deep, emotional connection with someone in just two weeks.”

Next Brandon has a conversation with Mel Taevin. She tells him he is fortunate to have a lot of different options in front of him. He responds saying, “I just want to continue to keep options open and continue to pursue conversations like this, hanging out.”

Mel admits in a private confessional Mel admits she has had her eye on Brandon. She also says, “However, he’s a hot commodity right now. I think Brandon is a wonderful, amazing person. Like, I don’t think I’ve ever met anyone like him.” Mel continues, “It’s already easy with Brandon. I think a date would really help us.”

He does get a date, but not with Mel

It just so happens the next date card goes to Savannah. She chooses Brandon to go with her. Mel does not like this and leaves the room. Another contestant notes they have so much to talk about and will be alone for hours.

Nothing but gratitude. And a guitar. Thanks for all the love, old and new… @brandonmillsmusic @bachelornation @listentoyourheartabc 📷: @pixelatedmagic . . . #bachelor #bachelornation #love #abc #tv #bachelorabc #realitytv #friends #singersongwritersofinstagram #folkmusic #veteran

Get to know Brandon a little bit better

Let’s take a look at some fun facts about Brandon. He started playing the saxophone when he was in fourth grade. Brandon’s a former marine who used to write music and perform to entertain the soldiers he was stationed with. According to his official ABC bio, as Brandon “moved up in the ranks, his love life sank, as he returned from the war to find the love of his life had moved on without him. Now, Brandon is looking for an independent woman to make beautiful music with and start a new chapter of life.”

Another interesting fact is that he has opened up for Jason Derulo in Times Square. He also prefers to drink Mescal. Brandon is a very talented musician. It looks like his love life could be looking up, just like his music career.

Don’t miss The Bachelor: Listen to Your Heart Monday nights on ABC.