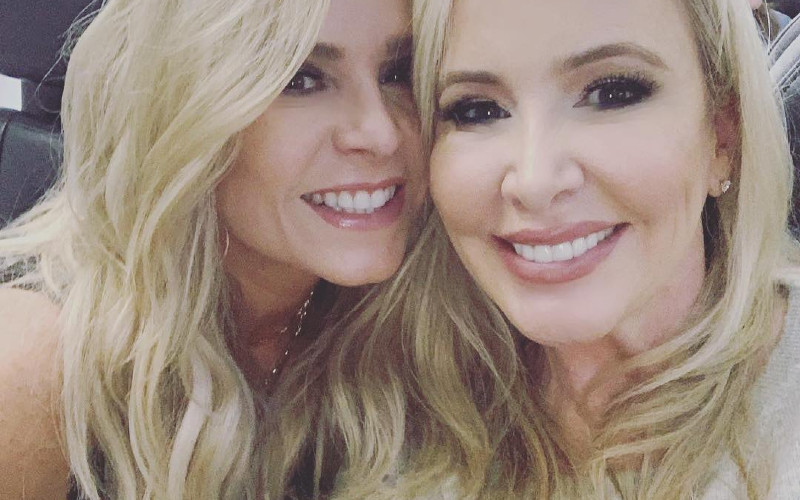 The Real Housewives of Orange County star Tamra Judge is coming clean. After refusing to address her rift with co-star and close friend Shannon Beador, Tamra is finally spilling the tea.

Was The Shady ‘Fake Friend’ Post About Her RHOC Co-Star?

A few weeks ago, a cryptic meme showed up on Tamra’s Instagram. The post slammed “fake friends.”

Fans immediately thought she was referring to Shannon. Earlier that day, Shannon posted a photo with RHOC co-star and Tamra’s nemesis, Kelly Dodd.

As TV Shows Ace reported at the time, Tamra denied that the meme was aimed at Shannon. She then refused to discuss the situation, citing bigger concerns. However, now Tamra is revealing the reason for the meme.

As RHOC fans know, Tamra, Shannon and co-star Vicki Gunvalson grew close during Season 14. In fact, they dubbed themselves the “tres amigas.” They were inseparable and did not get along with Kelly.

Reality Blurb reports that Tamra is copping to posting the meme about Shannon. She said her feelings were hurt by Shannon’s disappearance from her life once Tamra left RHOC. She says,

And then, all of a sudden, it’s like, she’s not returning my phone call. We talked every single day, multiple times a day.”

Tamra blames the ghosting to Shannon’s friendship with Kelly. According to Tamra, Shannon encouraged her not to hang out with Kelly during Season 14. The CUT Fitness owner felt a sense of betrayal by Shannon suddenly hanging out with Kelly.

The RHOC alum also points out that she was there for Shannon during her divorce from David Beador. The bitter divorce played out partly on camera. However, when Tamra was going through a difficult time recently, Shannon was nowhere to be found.

According to Tamra, Shannon “doesn’t have time” for her or Vicki these days.

Tamra reveals that the former friends did have an emotional conversation where she laid it all out for Shannon. But she hasn’t heard from her former friend since then.

Hopes She Doesn’t Get the ‘Bethenny Treatment’ Next Season

With her exit from RHOC, Tamra worries what her former co-stars will say about her during Season 15. During a recent interview, Tamra mentions how RHONY stars talk about Bethenny Frankel after she left.

Tamra says she hopes Bravo doesn’t treat her and Vicki “like they did Bethenny.” Tamra notes that she was on RHOC for 12 years and Vicki for 14. Tamra thinks the show will either “act like we don’t exist” or show flashbacks with the Season 15 stars saying they never liked her anyway.

As fans know, Tamra and Vicki are in the market for a reality show of their own. Tamra reveals they were in the process of finding a network, but the project is on hold during the coronavirus pandemic.

Tell us in the comments if you think Bravo will shade Vicki and Tamra during Season 15 or honor them.

The Real Housewives of Orange County is currently on hiatus for the time being. Check back with TV Shows Ace for updates on when filming will start. In the meantime, check out some of the Real Housewives franchises airing new seasons.

The Real Housewives of New York airs Thursdays on Bravo.

The Real Housewives of Beverly Hills takes the Tuesday timeslot, also on Bravo.