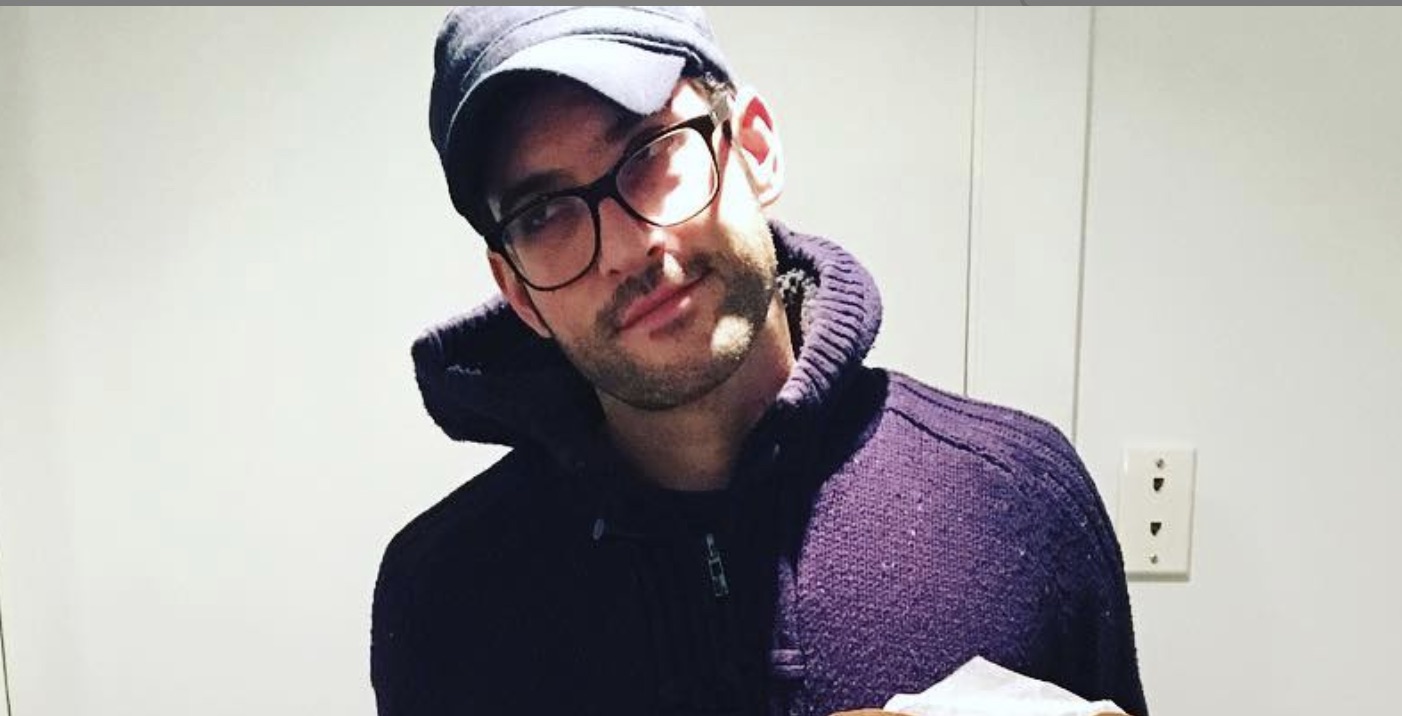 Tom Ellis, star of Lucifer has just shared a loss in his family. His 99-year-old granddad Arthur just passed away. What did Tom write in his tender tribute?

On Friday, Tom Ellis shared a photo, on Instagram, of his grandfather Arthur from this recent Christmas. Grandpa had not been feeling too well of late, and was staying with his mom and his sister. Tom posted that his grandpa Arthur died peacefully in his sleep.

He was a very energetic 99-year-old. Ellis went on to share that until recently, he drove himself to church every Sunday. He outlived not one, but two wives. Tom Ellis also revealed that he was a radio operator during WWII. Because he was a “peaceful man,” Arthur never spoke of his days, supporting the war effort.

It is clear that Tom Ellis got his sense of humor from grandad. Tom shared that Arthur was good at putting people at ease, and often shared jokes with everyone. Ellis even suggests that wherever grandad is now, he would be “laughing ” at leaving this earth at the age of 99.

Arthur was also an avid Cricket fan and cheered on England. Sounds like England is the Minnesota Vikings of Cricket, as Ellis described being an England fan encompased both the “agony and the ecstacy.”

Tom Ellis did not share whether or not he was returning to England for the funeral. Due to the border restrictions due to the coronavirus, Ellis may be forced to grieve in Los Angeles and Facetime his family back in Great Britain.

I took this photo at Christmas of my youngest niece Eva with my Grandad Arthur (her great grandad). Up until a few months ago at the tender age of 99 Grandad was still driving himself to church every Sunday, living on his own, tending his immaculate garden having outlived both of his wives. He served in world war 2 as a radio operator in a tank regiment though he rarely talked about the war as he was a peaceful man. Sadly he passed away earlier today after a recent decline in his health. Thankfully he was at his home with my mum and my auntie right up until he left us in his sleep. Grandad was the kindest most lovely man who loved to joke and make people laugh and always wanted people to feel at ease. As a huge cricket fan who shared the agony and ecstasy of being an England fan all his life I’m sure he’s laughing somewhere now about leaving us on 99 I love you so much Grandad. May you rest in the peace that you so deserve ❤️❤️❤️❤️❤️❤️❤️❤️

As if the death in his family was not enough, Tom Ellis has been in the news because of Lucifer. According to TV Shows Ace, there are reports that the sixth season of the Netflix show has hit a major snag. The issue is Tom Ellis. According to TV Line, there is a potential contract dispute regarding Lucifer Season 6.

Although TV Shows Ace had reported just six weeks ago that Ellis had signed a contract, “multiple sources” now claim that talks between the Lucifer star and Warner Bros. has hit a major snag. The insiders claim that Warner Bros. have “sweetened the pot” as much as they ever will, despite having the “legal upper hand,”but Ellis is still not budging.

It is not clear if these negotiations have now occurred since the coronavirus quarantine shutdown and filming delays. Could Tom Ellis be balking because he has a future project? As of now, Lucifer Season 5 is still not completed. There is one more episode left to complete. In addition, no one knows when Hollywood will open up again to finish this season. As of now, everything is up in the air, and Lufans are still waiting for Season 5.

Be sure to check back with TV Shows Ace for the latest Tom Ellis and Lucifer news.