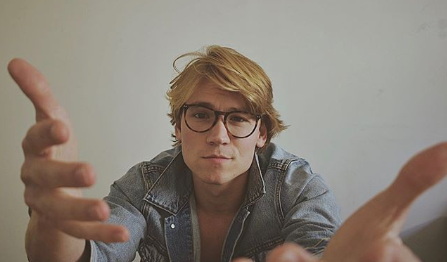 Bachelor Nation knows John Paul Jones well. One couple on Bachelor in Paradise that had a rocky start was Tayshia Adams and John Paul. They had a lustful romance on the show and then Adams left early because she wasn’t sure. After a while Adams had a change of heart and flew to Maryland to try again.

Now the two have gone their separate ways, but remain civil. On the Bachelor Party podcast, Adams spoke out about their breakup. She said, “I would never badmouth John. We both have our flaws. I think communication is a really big deal. If you’re choosing to have that stuff go in one ear and out the other, that’s on you.”

Social distancing is quite difficult with this one.

Have John Paul Jones And Tayshia Moved On?

According to The Cheat Sheet both John Paul Jones and Tayshia have stayed single. Now it seems like John Paul is at least dipping a toe in the waters of flirting. The object of his social media advances? Kirpa Sudick.

On one Instagram post where Sudick posted a photo of herself in a swimsuit and captioned it, “babe.” John Paul posted on it, “nice,” with a fire emoji. The same day, Jones posted a picture of himself with a family member and Sudick commented with heart eyes. It’s a slow burn social media flirtation, but fans think it has potential.

Who Is Reality Star Kirpa Sudick?

Kirpa Sudick was on Colton Underwood’s season and made it pretty far before she got her heart broken. Colton didn’t feel like he had a connection with her and it was clear Colton had already fallen for Cassie Randolph. She said when she chose to do The Bachelor, “I had just come off a breakup and my friends were like, ‘This online dating thing isn’t working for you, why don’t you submit yourself for The Bachelor?’ It was kind of a joking thing, but I went on my phone and did it.”

Sudick said the show helped her figure out what she really wanted in a partner. She said, “your partner needs to be able to express how he’s feeling and if he needs something, don’t be shy about bringing it to light.” Kirpa said she needed someone who was really open. Fans think John Paul Jones and Kirpa could possibly take it offline once the Coronavirus lock-down has passed. Since shows like The Bachelorette and Bachelor in Paradise are delayed, the will they won’t they entertainment is all Bachelor nation can ask for.