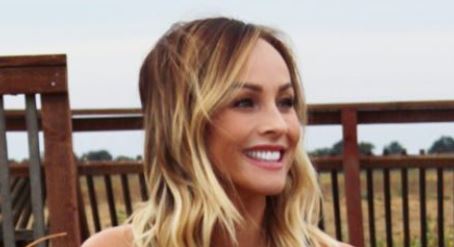 Clare Crawley claimed after seeing how she was portrayed on The Bachelor, she was “hesitant” to be The Bachelorette. She called the editing “traumatizing” and made her think twice before filming with the franchise again. Bachelor nation fans can remember Clare being on Juan Pablo’s season. When Pablo made a crude off camera comment he blindsided Crawley when he dumped her at the final rose ceremony. Clare clapped back with one of the most memorable speeches of the franchise.

Clare Crawley thought the producers made her look bad and very unflattering. The former hair stylist questioned, “why would you make me look like this? Why edit things out to look one way when that didn’t happen.” Referencing how the show hinted that her and Pablo had sex in the ocean, which Clare denies.

When Clare left The Bachelor she went on to appear on Bachelor in Paradise twice, and Bachelor Winter Games. Displeased fans felt Clare had her chance on reality TV to fall in love.

After Juan Pablo’s season came to an end, Clare found herself in the running to be The Bachelorette. Clare said, “they had talked about it. I had interviews and flew to LA a few times.”

In addition to how she was portrayed on camera, Crawley hesitated to accept anything because she “was not emotionally in a place to be ready for the drama.”

Also, Clare’s mother was “very very sick,” at the time. Crawley ended up watching The Bachelor season “from the ICU” with her mom.

Clare Crawley’s season of  The Bachelorette isn’t airing on time because of the coronavirus. The reality star posted on her Instagram, “we are taking it day by day and hour by hour as this can be so unpredictable.” She wrote that her heart felt full from all the love and support she received. Crawley said, “she is still excited for her journey to begin and waiting 38 years for these moments, what’s a little big longer!”

According to Cheatsheet.com, Clare Crawley said, “everyone’s health is a priority at this time, I’m sure you’ve heard were pressing pause on filming The Bachelorette. Looks as if The Bachelorette is off to a dramatic start, however no one knows when filming will start. With contestants of the show already picked no one knows if they will still be available to film when it resumes.