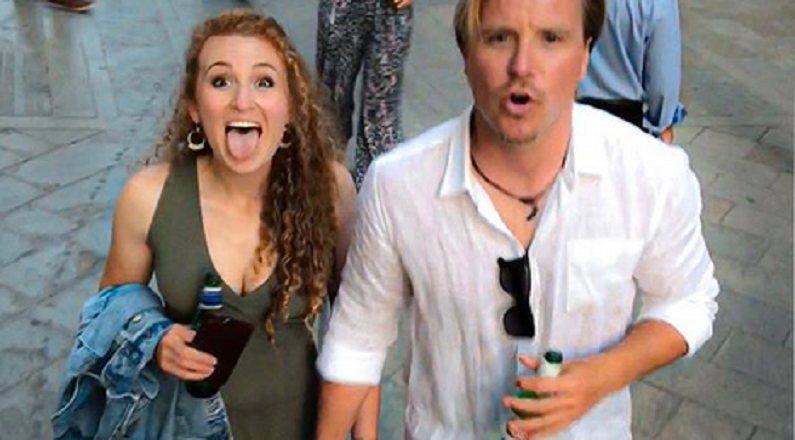 Ciara and Paget worked on the boat long before the rest of the crew arrived. Both have experience in the yachting industry. Parker McCown is a green crew member, which means he’s a newbie. Even though he worked hard on board, he became known for his bad temper. His behavior led to a meeting with Captain Glenn Shephard.

Ciara and Paget share what they really think of Parker

Paget Berry and Ciara Duggan spoke to Colin Macy-O’Toole on his Radio Check podcast. Colin wanted to know what Paget thought about the conversation Parker had with Captain Glenn about keeping his opinions to himself. Both Page and Ciara agreed with the captain. But that doesn’t mean the Below Deck Sailing yachties don’t like Parker. They truly think he’s a wonderful guy.

“With Parker, he’s got a big heart and is a great guy,” Paget said. “And I’m happy I spent time with him outside of work. But I tried to take him under my wing the best I could in the beginning.”

Throwback to Bali just a few months before all this crazy coronavirus hysteria hit and we had open borders and valid plane tickets 😅✈️ not even sure what day of the lockdown it is in Italy at this point. Luckily I'm able to continue working and keep myself preoccupied. Where are you currently located and what are you doing to keep yourself busy during this quarantine/isolation/lockdown period? 😊✨🌸 #staypositive Oh yeah, and a new Below Deck Sailing Yacht episode is on tonight at 9/8c so you may as well check that out if you're home, just sayin' 🤷🏼‍♀️

Paget says he taught Parker so much that was not seen on Below Deck Sailing Yacht. But it was hard since Parker didn’t listen to him. Both Ciara and Paget feel they didn’t treat Parker unfairly. They don’t feel that they bullied him. They just wanted to show Parker how to do his job.

“We never said at any point, ‘Oh Parker you’re s**t, you’re not good,'” Ciara explained. “We never said that. It’s like this is how the job needs to be done. Just do it.”

Ciara and Page have been in the industry longer than Parker has. They argued that they wouldn’t have lasted so long in the yachting industry if they bullied their crew members. They’re good friends with “hundreds of friends who are yachties.” It just turned out that Parker has a different work ethic.

Below Deck Sailing Yacht – What does Parker have to say?

According to Showbiz Cheat Sheet, Parker admits that it’s been difficult to watch himself on television. He’s been frustrated with the way he’s been treated on the boat. Despite the drama, Parker has a good sense of humor over what happened. He took to Twitter to exclaim his feelings about Season 1 of Below Deck Sailing Yacht, so far.

“forget what happens in this episode this is exciting [sic],” he tweeted within the first few minutes of last Monday night’s episode. Then he added, “coming back to me a little bit now actually.”

Parker also shared a sentiment that many feel when appearing on a reality show: “it’s been hard to watch myself on a reality show because i’ve definitely made a lot of mistakes but it’s also been hard to have twitter diagnose my ‘problems.’ did i sign up for this? no not really i signed up to serve shrimp cocktails on a boat. [sic]”

As for that infamous breastfeeding joke? Parker revealed that he’s not still breastfed by his mother. But he has since found the comment “entertaining.” Chief stew Jenna MacGillivray first cracked the joke, which didn’t sit well with Parker at the time.