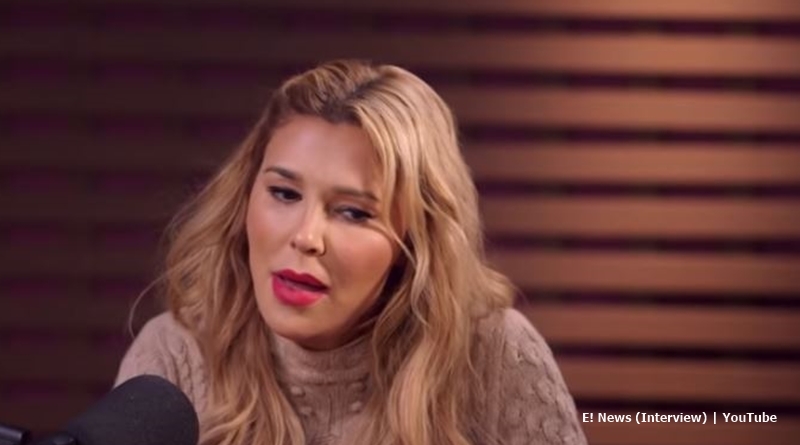 RHOBH fans sometimes miss the finer points of Brandi Glanville’s humor on Twitter. But nothing remotely funny came out in a tweet she posted up about COVID-19 on Thursday night. She talked about China, suggested they created the virus, and deliberately released it into the world. Shocked fans told her off.

TV Shows Ace reported that recently, Brandi shared a tweet about a pedicure during the coronavirus quarantine. Many fans dissed on her for going out of the house. They grew angry about her caring about such trivial things. Others slammed her for flaunting her wealth during difficult times. But those fans who complained missed the self-deprecating humor at the end. Obviously, she bever went for a pedicure. She actually did her own one at home. So, she dissed herself for not doing it well. However, a recent tweet held no amusing aspect at all, Real Housewives of Beverly Hills fans thought.

Fans felt Brandi stepped out of line about China. The main reason centered on the fact she got her information from a 16-year-old relative. Not a new conspiracy theory, fans freaked that she actually bought into it. And, on a public platform like Twitter, it didn’t go down well. Bear in mind, the media mostly hammer Donald Trump for making the virus epidemic rather racial. Hundreds of RHOBH fans flooded Brandi’s Twitter after she shared her thoughts about COVID-19.

Fans flabbergasted at Brandi, but she kept her tweet up anyway

A number of Real Housewives Of Beverly Hills fans suggested that Brandi delete her tweet. However, two days later, it still sits up there. In her tweet, Brandi noted, “My 16 yr old said a long time ago China created this COVID-19 virus.” Brandi said the theory behind it is that the Chinese population’s too high. Her 16-year-old feels the country deliberately released the virus which killed so many of their own people. She added, “then it just got out of hand & they couldn’t control it.”

One RHOBH fan said, “Wow, you turned out quite crazy,” and another tweeted, “Wow, you actually said this out loud.” Another follower pointed out that “3,342 Chinese deaths” hardly dented the population. One angry person slammed Brandi for not using her social platform responsibility. They wrote, “B, read up on actual history of…viruses & epidemics/pandemics. They added, “don’t spread ignorant conspiracy theories.” While some fans agreed the whole COVID-19 thing’s a bit suspicious, so many people felt her beliefs should rather stay “inside” her head.

What did you think about Brandi Glanville so openly encouraging this Chinese conspiracy theory? Do you think these thoughts are best left unsaid in public? Sound off your thoughts in the comments below.