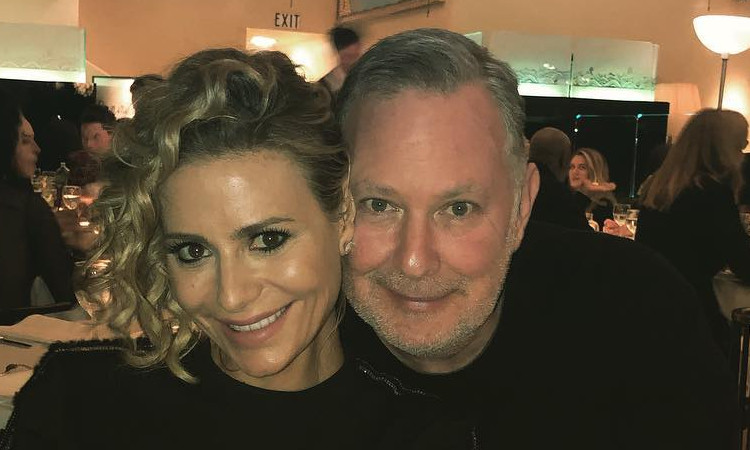 The Real Housewives of Beverly Hills star Dorit Kemsley is not here for speculation about her marriage. Days after saying her marriage is “stronger” than ever, she responds to the rumors of trouble in paradise. Dorit and PK celebrate their fifth anniversary this year.

One of the costs of being on a reality show is your life is under constant scrutiny. Many marriages can’t survive the harsh spotlight. Several stars from the Real Housewives franchises have split up after appearing on the show.

However, RHOBH star Dorit assures fans that her marriage is just fine. Dorit was a guest on Andy Cohen’s Watch What Happens Live on Wednesday. She was there to dish on the Season 10 premiere. Andy brought up a recent rumor to get her take. The rumor alleges that PK was living in London at a friend’s guest house. The Bravo host notes that he caught a glimpse of PK on the video chat moments before the show went live.

According to Dorit, the rumor is rubbish. She reveals that the couple were together in San Francisco when the rumor was reported. PK wasn’t offended by the divorce rumor itself. Rather, he’s offended  “that someone would think that he would live in someone’s guest house,” Dorit quipped. He calls the rumor “far-fetched” and “ridiculous.”

Once she shot down the rumor, the RHOBH star took aim at the person who spread it. She railed against the state of journalism. Dorit vented,

“Because one person says it on some podcast and all of a sudden it somehow could be true. No fact checking? I don’t even understand journalism today. Is it journalism?”

Andy interjected that he wasn’t sure where the rumor came from.

People reports that the rumor started on Casey Wilson and Danielle Schneider’s podcast. Writer Brian Moylan was a guest and dished that he heard the rumor from a friend.

On WWHL, Andy asks Dorit about a clip in the Season 10 trailer when Kyle screams at her to stop talking. Dorit reveals that the two butt heads throughout the season. She explains that Kyle “never” lets her finish a sentence.

Dorit also says that RHOBH co-star Teddi Mellencamp is even more “judgy” than usual during her pregnancy. As fans know, Teddi filmed Season 10 while pregnant with her third child. Her daughter, Dove, was born earlier this year.

’90 Day Fiance’ Source Says Rebecca And Zied Are In Troubled Waters
Carly Waddell Gives Health Update One Week Following Emergency
New Netflix Show ‘Sexy Beasts,’ You Have To See It To Believe It
Justin Duggar’s Wife Claire Spivey Shows Off Transformation [Pics Inside]
Wait, Why Isn’t A New Episode Of ‘Extreme Sisters’ On?!