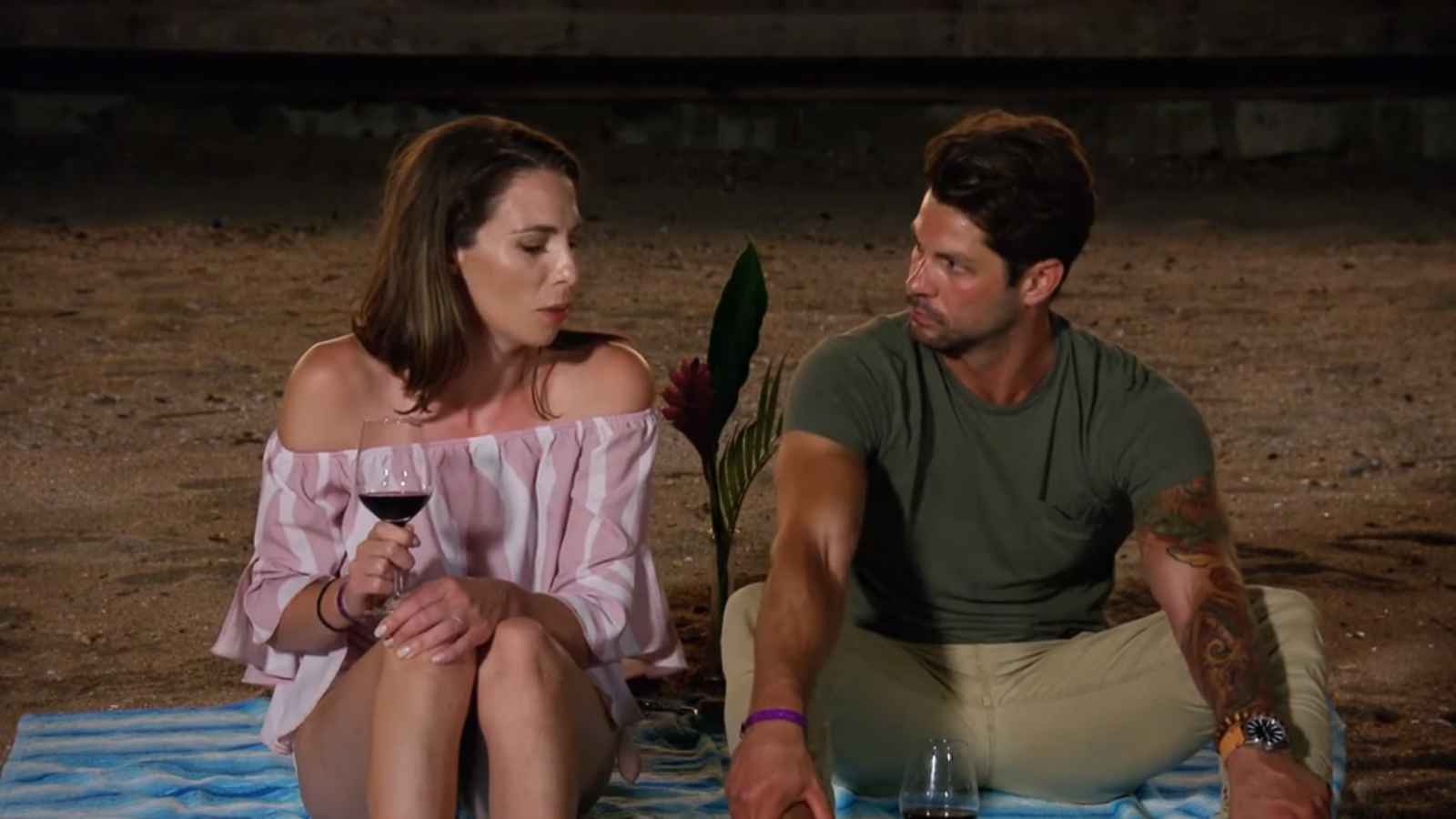 The relationship between Mindy Shiben and Zach Justice on Married at First Sight has been rocky. In fact, fans should not expect to see this couple stay together once Decision Day arrives. The MAFS bride ended their marriage before the experiment was over. She opens up to InTouch about what went wrong with their marriage. This is prior to this finale episode on April 15.

Fans will clearly remember the moment on Married at First Sight when Zach said he didn’t find Mindy attractive. This is not something that endears a wife to her husband. Naturally, there is also the fact Zach considers himself to be attractive and desirable and is generally full of himself.

In an exclusive interview with In Touch, Mindy Shiben explains why she decided to choose herself, rather than Zach. While Zach accuses her of “betraying him,” Mindy says Zach “compromises” her emotional health.

Mindy, 34, says while she left the marriage early, she doesn’t think of it as having given up. In fact, she considers it as making a healthy choice for herself. Shiben says she gave everything to her marriage “and then some.” However, she finds her “emotional health and wellbeing” are being compromised by Zach. This leads to Mindy’s decision to walk away.

Married at First Sight‘s Mindy Shiben and Zach Justice Split: It's 'in Our Best Interest' https://t.co/5AifHN1YxY

Mindy doesn’t blame herself for the failure of her marriage. In fact, she believes the fault lies with the husband the Married at First Sight matchmakers chose for her. She says she never felt like she and Zach were a team at any stage during the experiment. Moreover, while there are times she believed everything might turn out for the better, she soon finds out she is being “betrayed.”

While Mindy truly wants to be on the same team as Zach, this is “pretty much impossible” for the MAFS couple. Shiben is frustrated because she says her partner doesn’t want to build a marriage with her.

"'Married at First Sight' star Mindy Shiben on what she learned from divorce to Zach Justice: 'I've realized my self-worth'" via FOX NEWS https://t.co/4ExVB21Hwk pic.twitter.com/651vda29Wn

Mindy doesn’t blame the show’s experts for setting her up with Zach. She does understand why they were initially matched. Shiben recognizes that while the relationship has ended, her “free-spirited, artistic” side does mesh well with a partner who has Zach’s “structure” and “self-discipline.”

Mindy admits they both prioritize health and wellness, and their careers are along similar lines. She believes the Married at First Sight experts saw an opportunity for them to bring out the best in each other. Regrettably, it just didn’t work out.

Mindy is ready to settle down

While her marriage to Zach failed, Mindy admits she is ready to settle down once she does find the right person. In fact, she knew she was ready for marriage even before Married at First Sight. Mindy says she had taken the time to become a complete person and is ready to share her life with someone else.

Mindy goes on to say she is ready to commit to the right person for the rest of her life. Moreover, she has the tools to do this and be able to experience a successful marriage. Shiben doesn’t believe her failed marriage is a reflection on her readiness to be wed.

In fact, Mindy Shiben believes her experience on the Lifetime reality show has prepared her to better find the right person. She reckons before she joined MAFS, she didn’t really have “a type.” Moreover, she admits the traits of her former partners were “all over the map.”

One great thing, the Marriage at First Sight experiment has done for Shiben is to force her to carefully examine what she wants and needs from a potential partner. She admits all the questionnaires and interviews really did help her in that respect.

Let’s wish Mindy Shiben all the best in her endeavors to find the perfect husband!