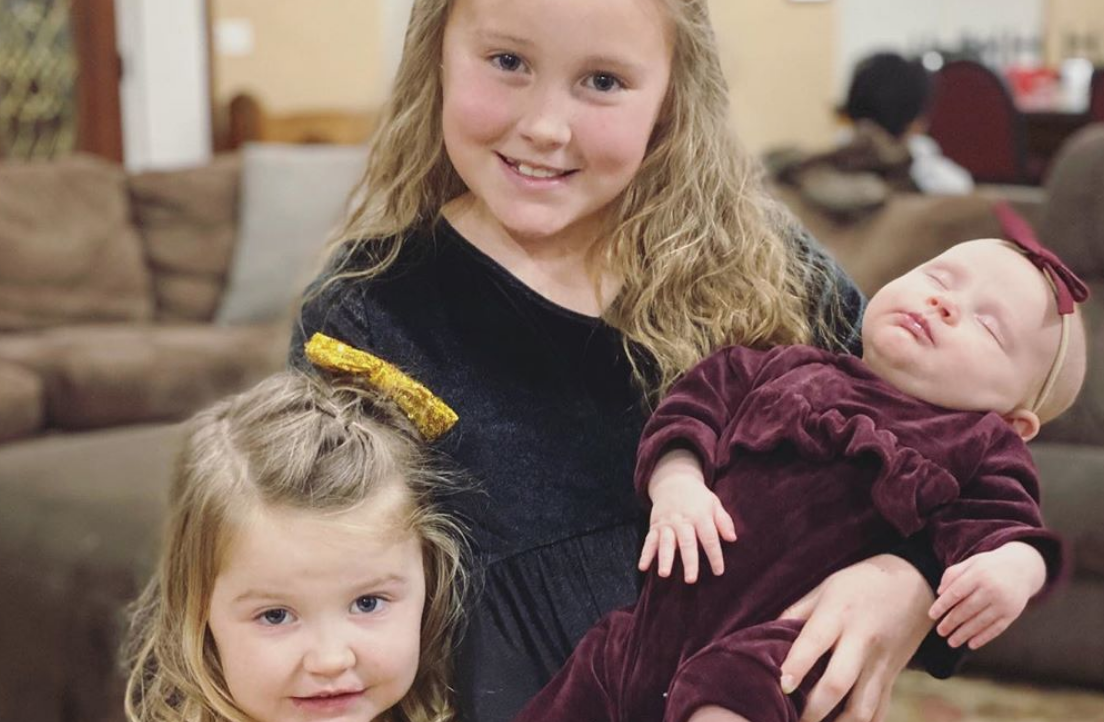 On Friday, Anna Duggar shared a sweet photo of her four-year-old, Meredith, with her four-month-old sister, Maryella. In her caption, Anna talks about how sweet the two girls are together. In the photo, Meredith is holding her baby sister. She writes, “Meredith loves being a big sister and spending time with little Maryella! I’ve heard it said that sisters are like different flowers from the same garden. 💞🌹🌷”

Meredith loves being a big sister and spending time with little Maryella! I’ve heard it said that sisters are like different flowers from the same garden. 💞🌹🌷 • • • • #littleduggars #meredith #maryella #duggar #sisters #besties

Previously, Anna said that she sometimes has to “wait in line” to hold her own baby. It seems like all of Maryella’s older siblings are in love with her.

Duggar fans gush over the sisters

Naturally, Anna’s social media followers love the new post. They think that the girls are adorable. And, fans like knowing how the girls are getting along. Fans are commenting on how cute the girls look together. They also point out that Meredith looks just like Mackynzie. They also think she looks like Jordyn, Jim Bob and Michelle’s daughter, when she was four years old. Fans say that Anna needs to frame this picture.

Lots of Anna’s fans are encouraging her to share more pictures and videos of her kids. She recently started sharing the kids’ jokes on social media. Meredith told an adorable joke early this week.

How many kids do Josh and Anna have?

It can be a challenge to keep up with all of the Duggar grandchildren. It seems like the family is constantly growing. Just last year, five babies joined the family, including one of Josh and Anna’s babies. So, here’s a little update on Josh and Anna’s family.

The couple has six kids now. All of the kids’ names begin with the letter “M.” Mackynzie is 10, Michael is 8, Marcus is 6, Meredith is 4, Mason is 2, and Maryella is four months old.

As of right now, it’s unclear what Josh and Anna’s plans are for their family. But, it’s assumed that they will continue to grow their family. Fans don’t see them stopping any time soon. Anna previously mentioned another “M” baby name she likes.

Plus, Duggar fans think that Anna is a great mom. She often shares tips and ideas with her followers. And, her followers have even commented on her Instagram posts and asked for advice.

So, what do you think of the new picture of Meredith and Maryella? Do you like hearing about Josh and Anna’s kids as they grow? Let us know in the comments below.