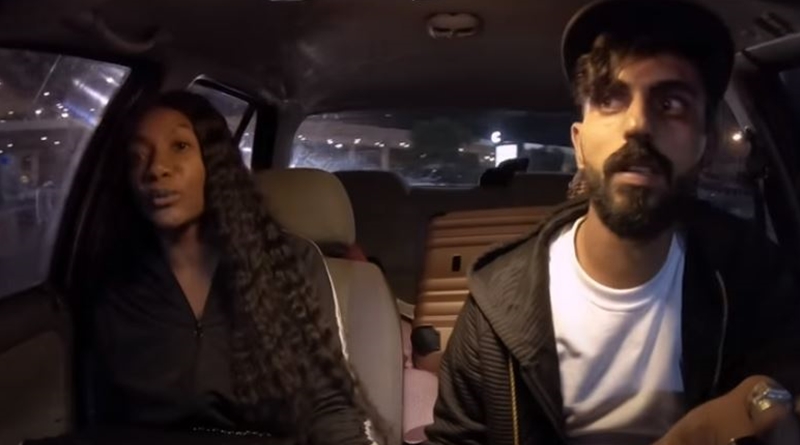 90 Day Fiance: The Other Way returns with the second season on June 1. As already leaked, Jenny and Sumit and Deavan Clegg along with Jihoon return. Plus, there’s a new same-gender couple and more. The preview trailer dropped on YouTube, and some cast members shared about it. Fans reacted to the new season and those fans who think some COVID-19 restrictions might still be in place by June, can’t wait for it.

The trailer for the show, which you can watch further down in this article, revealed that Jihoon and Deavan go through some tense moments. She prepares to move to Korea and obviously, she’s worried. Meanwhile, Jihoon gets so angry with her, he actually says he wants out of it. Then, Jenny and Sumit get back together, and she’s all emotional. Recall in the last season, fans found out that Sumit married another Indian woman in an arranged marriage. In the new trailer, she’s not totally trusting his declaration about getting a divorce.

TV Shows Ace reported that one new cast member in 90 Day Fiance: The Other Way is an African-American woman. Brittany from Palm Beach, Florida and her long-distance love, Yazan look like a fiery relationship. He’s Muslim and lives in Jordan. She won’t convert to the faith and totally hates his lifestyle. In the preview, she reminds Yazan that she comes from her “own culture.” And, she’s not keen on taking on a new faith or adapting to his cultural ways.

The cast in the trailer of the new TLC season

People reported on the full cast. Apart from Deavan and Jihon, Sumit and Jenny and Brittany, the trailer reveals a bit about the others. These include Kenneth and Armando. Kenneth’s moving to Mexico and he and Armando really hope their relationship works out. But, Armando never told his family about Kenneth, so expect drama there. They also have a large age difference between them. Next up, fans see Ariela from Princeton in New Jersey and her Ethiopian guy, Biniyam. Disgusted with the living conditions in his home country, she hates the place.

Then there’s Tim from Dallas, Texas, and Melyza, from Colombia. The trailer shows him getting “all hot” over Melyza’s body. He goes off to Columbia to prove she can trust him. But of course, her mom won’t trust him and that’s going to mean issues for them. Actually, if there’s a prediction possible this early,  Tim could end up as the one person fans love to hate. Even if it’s just because he’s got an idiotic grin, fans think. Over on the trailer shared by Reality TV World, fans commented and many of those revolved around Deavan and Jihoon.

Fans react to the 90 Day Fiance: The Other Way trailer

Fans of the show seem split between liking Deavan and Jihoon. Many of them follow her channel on YouTube and they see a happily married couple. On her Instagram, they both share about their lives and it looks good. But in the trailer, they go back to a time when things were rocky. That sort of spoils the outcome for some. Others never liked them the first time around. Then, on Jenny and Sumit, similar comments came. One said, “The never-ending trust issues with Jenny and Sumit are a drag.” Others seem super-excited that their story continues.

Fans of 90 Day Fiance: The Other Way seem interested in Brittany and Yazan’s story. One said, “Oh my God!! An African American girl with an Arab!!! This is going to be good!! Two strong personalities.” But another one commented, “Dont ever date an arabian men never ever ..I am arabian and i hate them and i can stand them 🤢😷 (SIC).” Few people commented on the same-gender couple. That’s old news after the current Before The 90 Days already brought a couple like that. On Tim and Melyza, one person noted that  he “grins like an idiot.”

Newcomers to the franchise say it looks great and they can’t wait for it. What did you think of the trailer for 90 Day Fiance: The Other Way? Sound off your thoughts in the comments below.

Remember to check back with TV Shows Ace often for more news about the cast of 90 Day Fiance: The Other Way, Season 2.