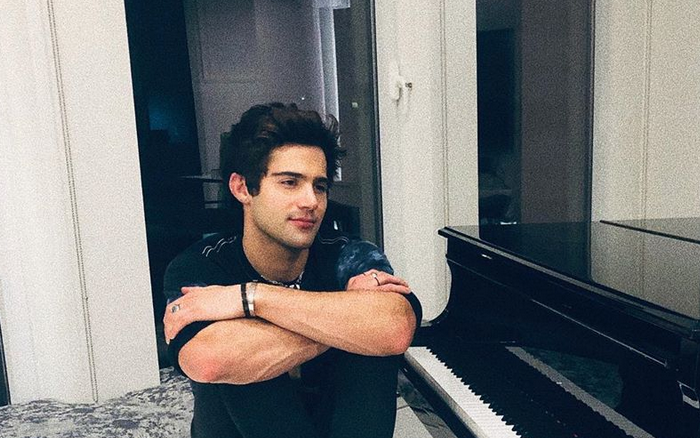 Young and The Restless star Max Ehrich is currently dating singer Demi Lovato. TV Shows Ace reported on this at the end of March. Right now, due to the coronavirus, the couple is social-distancing together. And, things seem to be going really well for Max and his girlfriend. They both seem happy. Their fans adore them together and think they’re a great match.

A source spoke with InTouchWeekly about the couple social-distancing together. The source said, “When Demi asked Max to self-isolate with her, he immediately said yes! Demi gets bored easily and hates being trapped indoors, but at least she has Max around to keep her company and stop her from going stir-crazy.”

Because social-distancing is going well, it looks like an engagement is in the works, according to a source.

It looks like there’s a wedding coming soon. Once the coronvirus clears up, Demi and Max may be getting engaged. And, it sounds like it would be well-received by family, friends, and fans.

A source spoke with InTouchWeekly about the pair. The source said, “Max plans to propose to Demi after this whole pandemic is resolved and their families wouldn’t be surprised by the proposal. They think they make a great couple.”

Max hasn’t confirmed this yet. But, it’s possible, especially because Max and Demi get along so well. It might surprise Young and the Restless fans that it’s happening so quickly. But, fans seem to think it will work out for them. Plus, social-distancing together has to be a good test for marriage.

Fans knew something was brewing prior to the announcement

Before Demi and Max revealed that they were dating, rumors were flying. Their fans thought that they might be dating. They flirted on social media, fueling the rumors. The two hung out in Los Angeles prior to announcing their relationship officially. At one point, Max went live on Instagram. By accident, Demi popped into the video. So, Max had to subtly let her know he was filming, and she ducked out.

When the couple made their big announcement, a source revealed that they had a “strong start.” Things are still going strong between them. And, they may be ready for the next step very soon.

So, what do you think of Demi and Max as a couple? Do you believe that there’s an engagement in the near future? Share your thoughts below.

Check back for the latest Young and the Restless news. Plus, be on the lookout for an engagement announcement from Demi and Max!