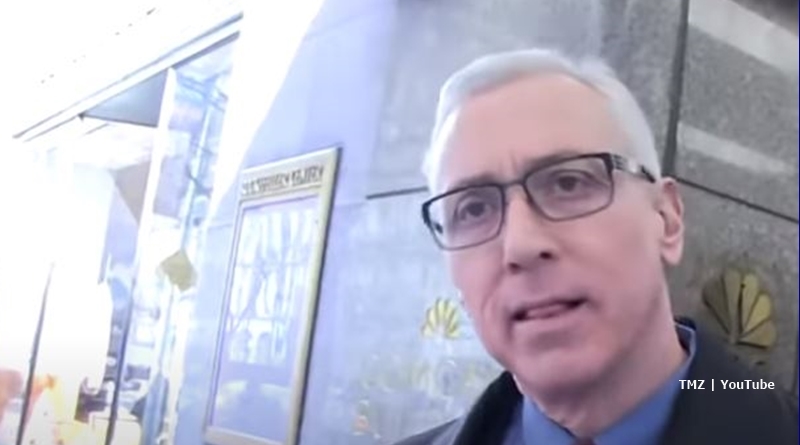 Who Wants To Be A Millionaire returned to TV and currently features the special Celebrity Edition. Not wildly popular with the audience, the celebs on it help raise funds for charity. But when Nikki Glaser pitched up her helper, Dr. Drew, fans showed more interest. In fact, they took to Twitter and skewered him.

Who Wants To Be A Millionaire – Nikki Glaser chose Dr. Drew as her helper

TV Shows Ace reported that Dr. Drew’s well known for shows like Loveline, Celebrity Rehab, and more recently “as a consultant to the Teen Mom stars.” But, he also got dragged for his infamous underestimation of the danger of COVID-19. Recall that he claimed it’s just really another flu that got a lot of media hype. Plus, he said on his own Dose of Dr. Drew show, that fans should relax about social distancing, and just “go to the movies.” Of course, now that people realize how contagious and dangerous it is, he gets a lot of criticism.

Actually, he reversed his stance, Hollywood Life reported and he apologized for it. But, fans won’t forget it for a long time it seems. Now he appears with Nikki Glaser, and fans of Who Wants To Be A Millionaire won’t let him forget his blunder. As fan know, Nikki Glaser’s a stand-up comedian. But they didn’t laugh when Dr. Drew came along as her helper. Actually, viewers diss the Jimmy Kimmel-hosted show for allowing contestants too much input from their helpers.

Dr. Drew dragged over COVID-19 on the show

Quick to entertain themselves, fans went onto Twitter during the show and started dragging Dr. Drew. Some of them felt he wasn’t much use to Nikki Glaser, and others just hit on him for all his coronavirus mistakes. One follower wrote, “Dr. Drew is on #WhoWantsToBeAMillionaire tonight. Hope they don’t ask any medical questions!” Then, another one slammed at him, writing, “@MillionaireTV trying to rehabilitate drew pinskys rep tonight. Super awkward if he gets a question about say, the Spanish Influenza epidemic of 1918.”

Quick to join in, many other Who Wants To Be A Millionaire critics started posting their thoughts. Rather cutting, one follower wrote about how he took part in a disinformation  campaign on the virus. They added, “I can’t believe y’all have that bullsh*t con artist Dr. Drew on the show. Time to change the channel.” Another person noted, “Dr. Drew is the smartest person this woman knows? Yikes!” On and on, came the comments that Dr. Drew might never live down.

#WhoWantsToBeAMillionaire Oh dear, Jimmy says Dr. Drew used to be his actual medical doctor for awhile. Drew is gonna be helping out Nikki Glaser and hopefully not dispelling COVID-19 pic.twitter.com/Jd0b38FWPb

It seems nobody’s really interested in Dr. Drew’s apology for getting it wrong. After, all, who knows how many people died, who otherwise might not have. What do you think? Sound off your thoughts in the comments below.

Remember to check back with TV Shows Ace often for more news about Dr. Drew and the cast of Who Wants To Be A Millionaire.