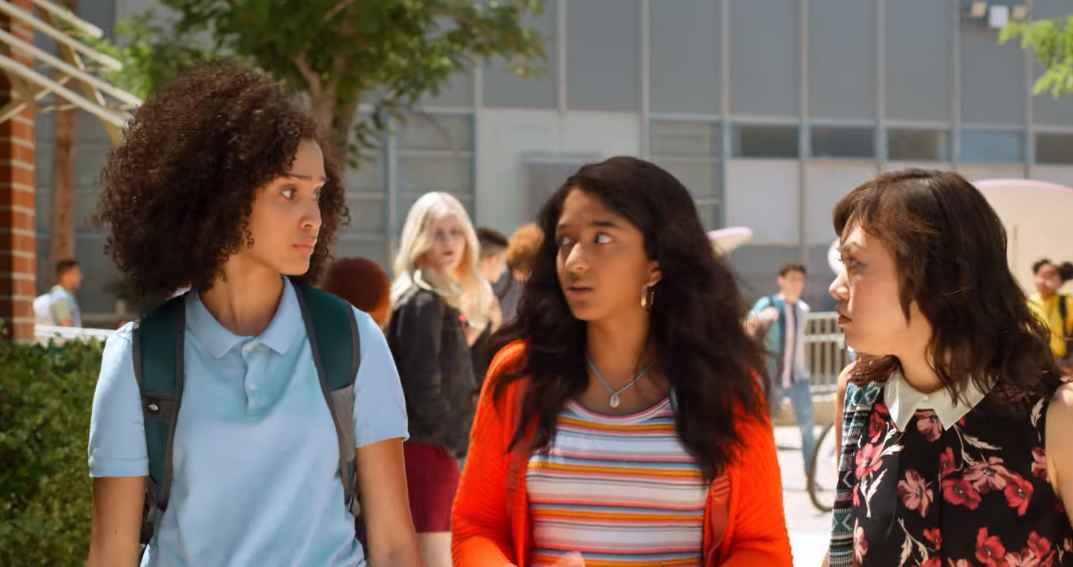 Mindy Kaling’s latest TV show on Netflix is probably her most personal endeavor yet. Netflix dropped the initial trailer for Never Have I Ever on Wednesday. According to the synopsis, basically, the series is a coming-of-age comedy about the “complicated life of a modern-day first-generation Indian-American teenage girl.”

Who is in Never Have I Ever?

Pretty newcomer Maitreyi Ramakrishnan plays the role of Devi. Her role is of an overachieving high school sophomore with a short fuse. This constantly gets the teen into difficult situations. The trailer shows Devi, as she makes up her mind this is the year for her and her two best friends to “rebrand” themselves.

As noted by People, Devi further starts fantasizing about losing her virginity, while crushing on an older guy. We see Devi in her bed when there is a knock at the door. She believes it is her mother, but when the door opens, in walks a handsome guy. When she asks what he is doing there, he says he is there to make love to her. She is naturally happy until she wakes up from her dream!

The teen stresses they can learn how to do that, too. Devi goes on to choose “attainable” but handsome guys for all of them. As part of this, when walking the hall at school, one of her friends tells Devi she looks like an “Indian Kardashian.”

I'm so excited for you guys to meet Mississauga's very own Maitreyi Ramakrishnan, who stars in @mindykaling's Never Have I Ever, premiering on April 27 ✨ pic.twitter.com/nWGaOIlqKp

Production crew for Netflix’s Never Have I Ever

The Netflix comedy series is created by executive producer Mindy Kaling, 40. Lang Fisher also serves as an executive producer, while also acting as showrunner and writer. During a Netflix brunch in February with Variety, Kaling said she wanted to reveal a different side to the stereotypical teenage nerd.

Mindy said nerds are more than just wallflowers and quiet teens. She says they have ambitions and often have obnoxious personalities. However, she stressed nerds want to make love and have dreams just like the other kids.

As someone who has been in the same boat, Kaling feels lucky to do a show about an Indian-American nerd who is also badly behaved. She reckons she is “deeply familiar” with this.

Never Have I Ever will premiere on Netflix on April 27.