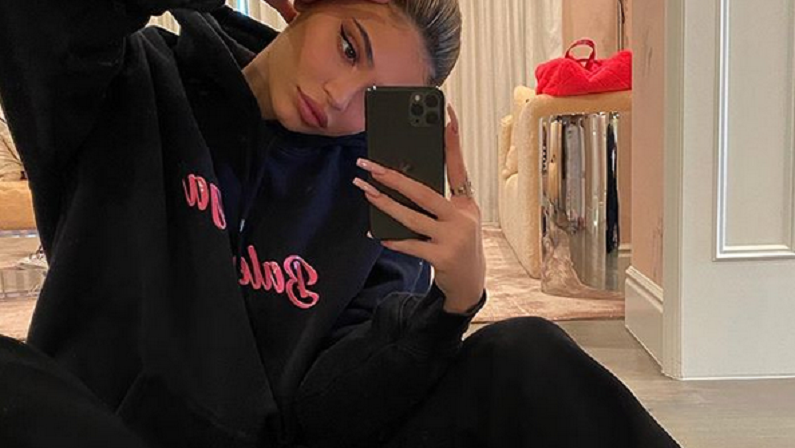 Kylie Jenner’s fans are the ones stirring up controversy, not the reality TV star herself. She’s advised her fans to social-distance during this time. Since she’s bored and at home, she’s noticed some interesting comments fans made about her. One online troll claimed Kylie looked “better” before she had a baby.

Keep in mind that Kylie was only 18 years old in the photo. A woman’s body can fluctuate due to age and pregnancy. Kylie was not having the comment over her body. She shut down the online troll who claimed she was prettier when she was skinnier.

Kylie Jenner fought back against body shaming. On Wednesday, April 15, the 22-year-old fired back at an online troll who slammed her figure by saying she looked “better” in an older photo taken before her pregnancy. An Instagram page called Comments by Celebs captured the moment that Kylie shut down the so-called fan.

“wow she’s so skinny here,” the commenter said. Then, someone adds, “she was better.”

Kylie responded to the ill-intentioned comment by writing, “i birthed a baby. [sic]”

She welcomed Stormi in February 2018 with rapper Travis Scott. That same year, Kylie said that even though she “bounced back super fast” after giving birth, she still struggles with insecurities over her body, according to People.

“My boobs are … three times the size, which bothers me,” Kylie admitted. “I have stretch marks on my boobs. My stomach isn’t the same, my waist isn’t the same, my butt’s bigger, my thighs [are] bigger. And honestly, I’m finding I have to change my style a little because nothing in my closet fits me before.”

Despite seeing her body go through such changes, Kylie still has a desire to have more children. She previously revealed that she wants to have as many as seven kids. But her fans think that’s a bad idea. They feel that she’s an unfit mother for many reasons.

Kylie Jenner fans don’t think she should have more children

Her fans took to Reddit to share their thoughts on her recent statements. Most of them seemed mad. They think it’s a bad idea for the starlet to have a big family. Here are just some of the comments they wrote:

Others simply think that Kylie is a bad mother. While she does seem to enjoy dressing up her daughter, it doesn’t mean she treats her like a baby doll. It’s hard to tell whether Kylie really wants that many kids or if she was only exaggerating.

Kylie Jenner hasn’t responded to the backlash over her desire to have more children.