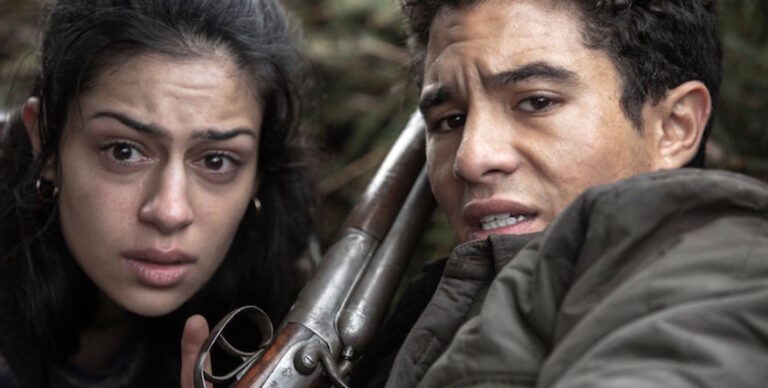 As all of us are stuck indoors and looking for movies and shows to binge, Netflix will be releasing the French action-thriller Earth and Blood. It’s also known as La terre et le sang and was directed by Julien Leclercq.

Earth and Blood headed to Netflix next week

The film will drop on April 17 on Netflix. Earth and Blood focuses on a sawmill owner and his daughter. They end up getting into trouble with members of a drug cartel, while trying to sell the family business. The film focuses on their fight against criminals as the father fights to protect his daughter.

Sami Bouajila takes the lead role as Said. He’s a popular Tunisian-French actor who has appeared in films and shows such as The Blessed, Through the Fire, and most recently Paradise. He also gained a following for appearing in Don’t Leave Me, Remember, and Signature.

When the gang to whom the drugs belong shows up, Said realizes how truly tough these guys are. Albeit outnumbered, he knows his factory-like no one else. Forced to strike back to protect his daughter Sarah, Said transforms the sawmill into an embattled camp. And as the number of casualties grows, so does the thirst for revenge…

Another actor tapped for Earth and Blood is Eric Ebouaney. He gained for his performance opposite Jason Statham in Transporter 3.  He also made appearances in China Salesman, Belleville Cop, and All Three of Us. Samy Seghir is a French actor gaining attention through his work in television shows including Harkis: Kader and Fracture. He also had roles in The Dream Kids, Turnin Tide, and Neuilly sa mere, sa mere!

Some reviewers have been able to watch the film early, and said they didn’t expect violent violence. They compared it to a mashup of John Wick and Kevin McAllister. “This is a movie to watch if you are willing for villains who come up with inventive and angry finishes, as they are slowly picked up by one by one.” Critics are giving Earth and Blood a B rating as an action film.

This Is Why Tayshia Adams & Zac Clark Stopped Sharing Photos Together
Katie Thurston Responds To Fan Calling Her Out Over Risque Behavior
Wait, Why Isn’t A New Episode Of ‘Seeking Sister Wife’ On?!
YIKES! Ivy Seewald In Least Likely Place Guzzling Out Of A Jug
‘Below Deck Sailing Yacht’ Alli Dore Wants To Work With Kate Chastain