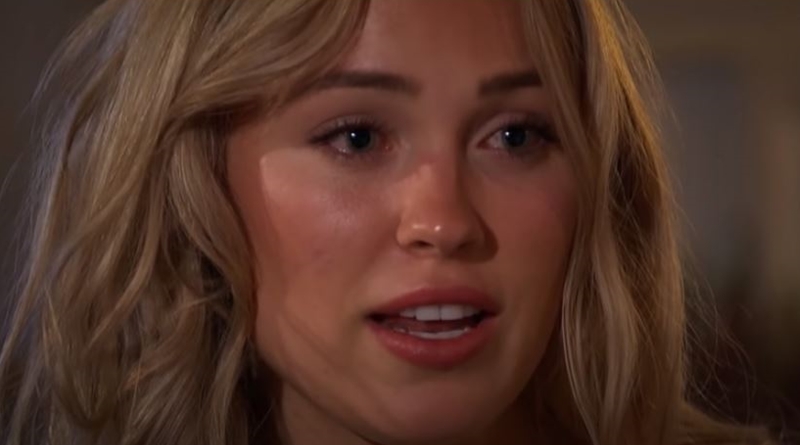 Bachelor fans know that Cassie Randolph seemed totally proud of Colton Underwood when his book first came out. Titled The First Time: Finding Myself and Looking for Love on Reality TV, it released on March 31. On April 7, Cassie gushed on her Instagram about it. Now, she reiterated that pride in his book where he opened up to his “vulnerability.”

TV Shows Ace reported on April 9, that Cassie went onto her Instagram to give Colton a huge shoutout. At the time, she said that she’s really so “proud” of him as he put in such a lot of “hard work  She also shared a few photos of them as they tried getting the perfect pose of themselves with his new book. Cassie seemed impressed that Colton now adds the career of “author” to his resume.

In his book, we also noted that he talked about how he felt Cassie’s the right person for him. And, he disagreed with the producers to some extent. He felt they never believed Cassie was right for the show and lacked commitment. But, after his season on The Bachelor ended, they picked up their relationship and seem very happy together now. Colton said that Cassie needed time, and he gave her that as he loves her.

You really know how to drive me crazy in quarantine, and you might be an absolute nightmare to take mirror selfies with.. but I am so so proud of you and all the hard work you put into your book! 📖 How cool that you get to call yourself an author now 🤓 Love you lots 💙

Cassie feels it took bravery opening up his vulnerable side

A new report by US Weekly emerged this week, and there, a source told them where Cassie stands on Colton’s very open story. They told the outlet that “Cassie is so proud of Colton for writing a book and being vulnerable with the world.'” Additionally, although she’s part of his story, she never contemplated telling him what to write. She decided a while back, that it’s his story to tell. And, it’s a rather intimate story in many ways.

Recall that Colton went on The Bachelor as a virgin. In fact, the show pushed that angle so much that fans started getting fed up with it. But for a man, that could be an unusual admission these days. Fans also recall that Colton became so upset over Cassie that at one point, he jumped the fence and ran. Memes circulated for ages about that. So, in many ways, people laughed and ridiculed him. But, he opens up about more than just his insecurities as an adult. He also explored some of his younger years that made him the person he became.

It’s no wonder that Cassie Randolph feels proud of him writing a book that exposed his vulnerabilities. After all, it takes a lot of courage, some Bachelor fans think. Do you agree? Sound off your thoughts in the comments below.