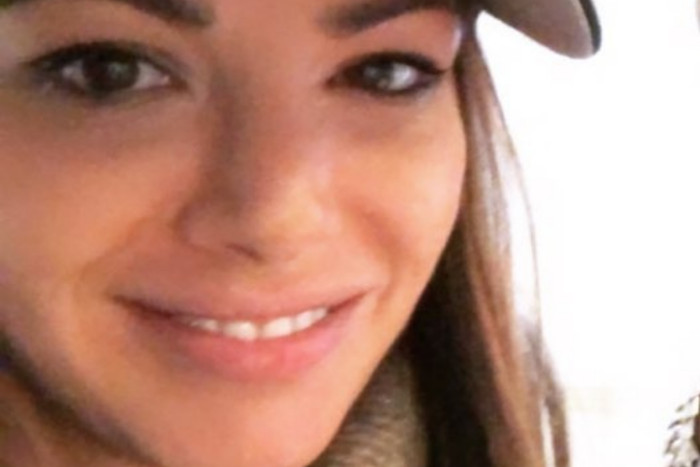 Vanderpump Rules star Kristen Doute may have moved on from Brian Carter, but the exes are still in touch. While viewers haven’t seen Kristen on Season 8 much, she takes full responsibility for her words and actions on the show.

After Scheana referred to Kristen’s boyfriend as her “quarantine buddy,” Kristen dished on if she is, indeed, quarantining with her new guy. His identity is still a mystery, though Kristen says everyone in the cast knows him.

The VPR star revealed that they are going “back and forth between his house and mine and that’s fine because we’re not socially interacting with anyone else.”

Kristen admits to trying to keep her relationship “private” at first, but is now slowly being more open about it. She says:

I’ve tagged him a couple of times because it started feeling very secretive, and it’s not that I wanted it to be that way.”

In fact, she started feeling “a little weird” after pretending to be home alone when he was with her. As a result, the VPR star is now finding a “happy medium where I can still just like, live my life.”

Despite Splitting Up, Kristen Still Talks to Brian Carter ‘Every Once in a While’

Kristen may have moved on to a new relationship, but she still has ties to Carter: their dogs. While the dogs are with her right now, she reveals that the former couple “co-parent” the dogs together. She says:

We are doing the best we can to co-parent the dogs, and by that I mean, the dogs are with me during quarantine. But I mean, he texts me every once in a while to check in on them.”

The VPR star says that despite their rocky relationship, she has nothing but “love and respect” for Carter. Even so, she’s moving on and she thinks he is, too, Bravo TV reports.

During a recent video-chat with the entertainment website Meaww, Kristen opened up about her argument with Beau Clark. As fans know, Beau is VPR star Stassi Schroeder’s fiancé.

Kristen introduced Beau to Stassi. At Jax Taylor and Brittany Cartwright’s wedding, Kristen and Beau argued over Beau neglecting their friendship to focus on Stassi.

While Kristen admits that viewers didn’t see everything, she praises the producers and editors for “doing the best they can” with the footage.

The James Mae t-shirt designer gives fans insight into how reality television is filmed. She says,

We all are one-dimensional essentially because they do have a story to tell. They can’t show three, four sides of all of us. They have to pick and choose.”

However, she did wish she was shown at the Pride Parade, where she sold t-shirts to raise money for LGBTQ charities.

But, Kristen Refuses to Blame ‘Bad Editing’ for How She is Portrayed on VPR

Despite saying her side of the story wasn’t shown completely, Kristen refuses to blame editing. As any reality show viewer knows, reality stars tend to blame editing when facing backlash for their prior behavior.

But not Kristen. She accepts that anything said or did is on her. She says, “I’m not one to blame anything on editing. I think it’s a cop-out.”

In fact, Kristen says she was “portrayed fairly.” Watching it all back now, the VPR star says Season 8 is “reflective” of what she was going through at the time.

She also warned fans that her break-up with Carter will likely “drag out” for the rest of the season. That’s just how reality shows work.

Tell us in the comments if you think editing can take the blame for poor behavior.

Vanderpump Rules Season 8 continues Tuesdays on Bravo. In the April 14th episode, Kristen reacts to being left out of Katie Maloney and Tom Schwartz’s second wedding.

Kristen has a book coming out called He’s Making You Crazy on June 2, 2020. Stick with us at Tv Shows Ace for the latest!