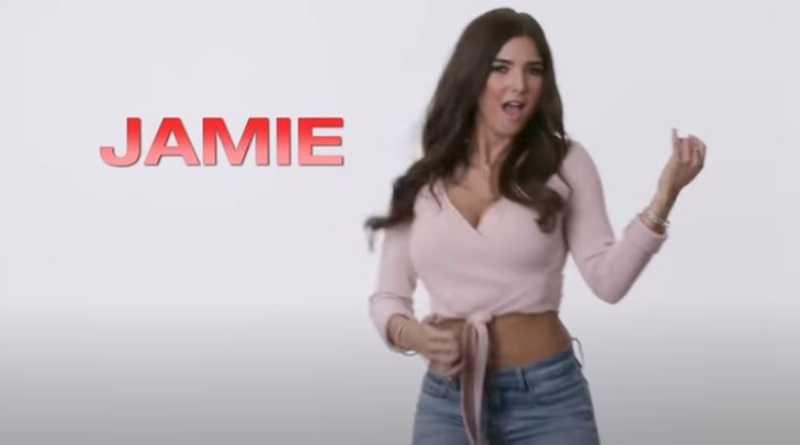 The Bachelor: Listen To Your Heart features Jamie and according to Reality Steve, the spoiler expert of the ABC franchise, he’s got some ideas about her. Warning, this article contains spoilers. Stop reading here if you don’t want to read about spoilers for Listen To Your Heart. Late Monday Steve took to his Twitter and predicted that Jamie looks like a candidate for a future show in the franchise, like BIP.

The Bachelor: Listen To Your Heart – Spoilers and predictions from Reality Steve

TV Shows Ace reported on some of the spoilers coming from Reality Steve. Initially, he suggested that “two couples will form and stay together at the finale.” These couples included “Trevor and Jamie and Chris and Bri.” However, later he reported that the shortlived relationship between Jamie and Trevor came to an abrupt end. However, Reality Steve already felt he knew it wouldn’t last.

Another spoiler that came out involved the winners,  Chris and Bri. But, Jamie seems the most interesting character on the show. Steve thinks there’s a future for her in a show like The Bachelor or Bachelor In Paradise. On his Twitter, Steve threw out the possibility of a future for Jamie. Despite the fact she’s only 21-years-old, she could find a place after the current The Bachelor: Listen To Your Heart. Some fans think she’d be a good fit for BIP.

Jamie on The Bachelor or BIP

Of course, the filming of future shows for the franchise is in flux right now, as the coronavirus impacts, Newsweek reported. BIP‘s future’s in some doubt, and who knows when the impact of the pandemic might ease fears of contamination during filming. But, staying positive and assuming the franchise survives, one day, fans hopefully see their favorite shows return to normal. And, one of those shows might include Jamie, Reality Steve predicted.

The Bachelor guru wrote on Twitter, “Would not be the least bit surprised to see Jamie on a future “Bachelor” or “Bachelor in Paradise” season.” Then he joked, “So current Bachelor guys, better get your head start. Start your DM sliding now!” One fan noted, “She should have been on peters season. Since they literally got every girl under the age of 25.” And yes, some people feel that Jamie’s way too young for The Bachelor, but like the idea of her for BIP.

Peter Weber’s season got some criticism for young contestants who seemed overly emotional and immature. One follower noted, “She’s too young! I don’t want to see her on The Bachelor. Bachelor in Paradise? Yes, please.” Another follower wrote, “I like her but she is young. = emotional wreck. Perfect for bip and bach shows.” And, others noted that she’s right in the best age-group as potential “social-influencer.”

Would not be the least bit surprised to see Jamie on a future “Bachelor” or “Bachelor in Paradise” season.

What do you think about Reality Steve predicting a future franchise in The Bachelor for Jamie? Do you think she’ll be a great fit? Sound off your thoughts in the comments below.

Remember to check back with TV Shows Ace often for more spoilers on The Bachelor franchise.