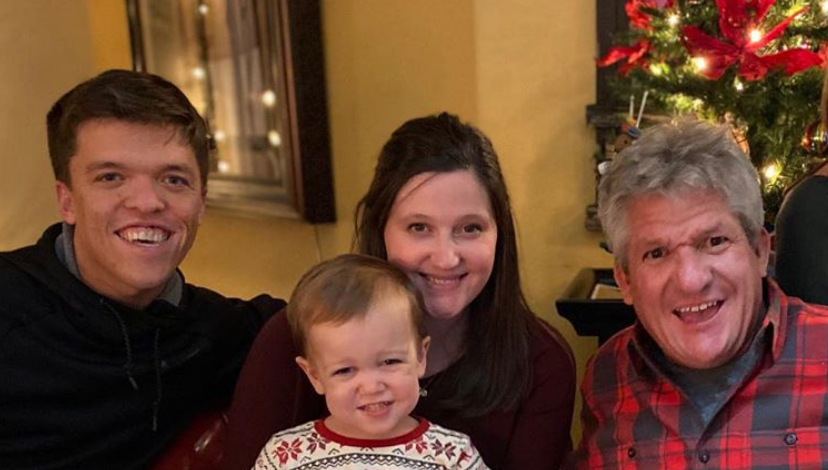 As Little People, Big World fans know, Matt and Amy Roloff are divorced. The LPBW parents split in 2016 after 27 years of marriage. So, they’ve had a few years to work through that and move on.

Right now, Amy is engaged to Chris Marek. The two are planning a wedding, but it’s unclear when that will happen. Amy recently moved, and she says that the move cost more than expected, putting the wedding on hold. Since the former couple’s split, Amy has been open about the divorce. She’s even offered advice to those going through similar things.

Matt is also in a relationship. He’s dating long-time girlfriend Caryn Chandler. The two started dating in 2017, and Caryn was working at Roloff Farms. It doesn’t seem like those two are in a big hurry to get married. But, it might be in the works. Matt has revealed that he and Caryn won’t be getting married prior to Amy’s wedding. Aside from that, the rest is unknown.

@carynchandler1 is amazing! She figured out how to hold 2 back to back Early Christmas events with the grandkids so everyone got their own individual attention while still celebrating and sharing as a United family. @audreyroloff @toriroloff @jeremyroloff @zroloff07 thanks for Sharing your precious family’s with grandpa and chacha a little early this season so we can break away from the incoming cold weather and get to AZ where the temps are a bit warmer. We had the two best family Christmas parties ever. #thekidslovewhatgrandpagot4them #grandpagettingbetteratpickinggifts #chachaIsteachinggrandpaeverythingheneedstoknow. #morephotoslater

LPBW fans know what’s happening with the Roloff family. But, they don’t always know what’s going on behind the scenes and in each relationship.

Now, Matt and Amy’s son Zach is talking about their relationship with each other. Plus, he mentions how his parents get along with each other’s significant others.

Zach spoke with Us Weekly about his parents. He said, “They’re getting along fine. They’re just trying to figure out the farm deal. My mom’s transitioning off and everything, and you’ll see that in the upcoming season. It’s an ongoing discussion for them, but I think they’re dealing with it as best they can, being a divorced couple but also business partners still … It’s not like they can’t be in the same room together.”

Zach also refers to his parents as being “cordial” since their divorce. It doesn’t seem like things are too rocky or intense between them. Though things aren’t bad between Matt and Amy, Zach doesn’t think a double date will happen.

Zach adds, “There’s a bigger goal in mind now with the grandbabies. Everyone wants to set up a positive environment for them, so everyone gets along as what they need to.” Zach and his wife Tori have two kids. Zach’s twin, Jeremy, and his wife, Audrey, also have two kids. The grandkids seem to be an important part of the Roloff family, so they are making an effort to keep things positive.

So, what do you think of what Zach had to say? Were you expecting anything different from the LPBW family? Share your thoughts in the comments below.